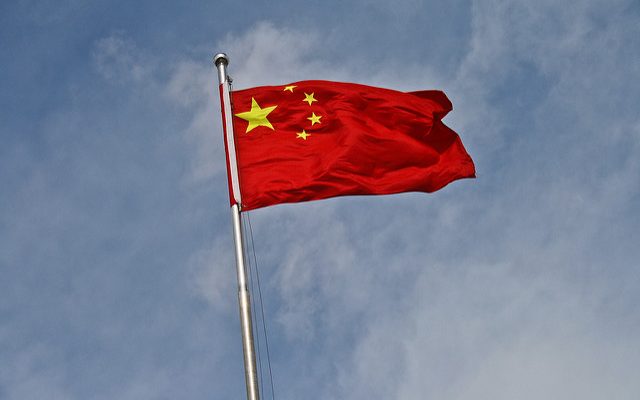 In a recent study, scientists from the University of Maryland Center for Environmental Science used historical records to shed light on sustainability policies for balancing food demand, crop production, trade expenditure, and the environmental degradation associated with food production in China. (Martijn van Gameren via Flickr)

FROSTBURG, M.D. — Feeding the world’s growing population is one of the great challenges of the 21st century. This challenge is particularly pressing in China, which has 22% of the world’s population but only 7% of the global cropland. Synthetic nitrogen fertilizer has been intensively used to boost crop yields in China, but more than 60% of it has been lost, causing severe environmental problems such as air pollution, eutrophication of lakes and rivers, and soil degradation.

In a recent study, scientists from the University of Maryland Center for Environmental Science used historical records to shed light on sustainability policies for balancing food demand, crop production, trade expenditure, and the environmental degradation associated with food production in China.

“It is critical to understand and quantify the trade-offs of using international trade as one of the strategies for resolving food demand and environmental challenges,” said study co-author Xin Zhang of the University of Maryland Center for Environmental Science. “The lack of systematic approaches for assessing the impacts of trade on sustainability has been preventing us from understanding the synergies and trade-offs among different environmental and socioeconomic concerns related to trade and crop production.”

The study is among the few to consider both the socioeconomic and environmental impacts of crop trading, and is one of the pioneer studies to consider the impact of crop mixes in an import portfolio and domestic production.

Focusing on China’s crop production and trade over 1986-2015, scientists evaluated the impacts of trade from several perspectives, including environmental (such as nitrogen pollution and land use), social (for example, crop self-sufficiency for a country) and economic (such as trade expenditure and environmental damage cost). Their findings show that crop imports can relieve nitrogen pollution and land-use pressure in China and the world but not without adding environmental burdens to other countries and exposing China’s food availability to the risks of the international market or unstable bilateral trade relationships. They also found that the environmental damage costs of nitrogen pollution avoided by importing crops in China are less than current trade expenditure, but may reach or surpass it as China’s economy develops.

“This paper proposes new concepts of ‘alternative’ nitrogen and land. If China has to produce imported crops domestically, then how much nutrients and land is needed? Since the nitrogen-use efficiency and crop yield is usually lower in China than countries with better technologies or more favorable environments, reallocating production in those countries can provide relief on environment in China and the world,” Zhang said. “The international food trade could mitigate environmental degradation by coordinating global food supply and demand. ”

China increasingly relies on agricultural imports, driven by its rising population and income, as well as dietary shifts. International trade offers an opportunity to relieve pressures on resource depletion and pollution, while it poses multiple socioeconomic challenges, such as food availability.

“Food trade can reduce global nitrogen inputs by redistributing the production of commodities to regions more efficient in nitrogen use,” said Zhang.

Globalization of food trade can help alleviate the pressure of increasing food demands and subsequent nitrogen pollution, and a diverse and carefully designed crop trade portfolio can protect a country against local disruptions and shortfalls in production. Currently, 23% of the food produced for human consumption is traded internationally, tending to flow from regions with high production efficiency to less efficient regions.

“We are not only assessing what happened in last 30 years but also what are the potentials of China to relieve nitrogen pollution with adjusting their trade portfolio,” she said. “we found such potentials are less than but comparable to the nitrogen mitigation potentials by improving technologies and practices for nutrient management.”

“The environmental and socioeconomic trade-offs of importing crops to meet domestic food demand in China” was published in Environmental Research Letters by Xin Zhang, Guolin Yao, Jing Zhao, and Matthew Lisk of the University of Maryland Center for Environmental Science, and Guorui Huang and Chaoqing Yu of Tsinghua University, Beijing. Huang is also a visiting Ph.D. student at Zhang’s lab.

The University of Maryland Center for Environmental Science (UMCES) is a leading research and educational institution working to understand and manage the world’s resources. From a network of laboratories spanning from the Allegheny Mountains to the Atlantic Ocean, UMCES scientists provide sound advice to help state and national leaders manage the environment and prepare future scientists to meet the global challenges of the 21st century. http://www.umces.edu

— University of Maryland Center for Environmental Science via EurekAlert!