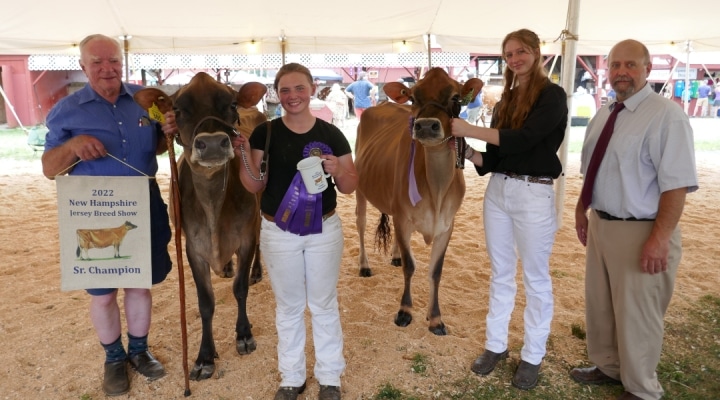 CORNISH, N.H. — The New Hampshire Jersey Breed Show was held in conjunction with the Cornish Fair in Cornish, NH on Saturday, August 20.

The Cornish Fair is one of the largest cattle shows in the state and they had (45) junior exhibitors, (12) open exhibitors, and 167 animals of all breeds.

The Jersey breed had (19) junior exhibitors, (7) open exhibitors and 75 animals. The show was judged by Stephen Wagner of Gray Maine.