“Serving our communities and engaging to build trust and share the compelling story of agriculture are cornerstones of national program committee work,” said AFBF President Zippy Duvall. “We welcome these Farm Bureau members and applaud their dedication.” (Courtesy Photo)

WASHINGTON — Surveys indicate that one in four Americans volunteer each year, sharing time, talents and expertise to help their communities. This commitment is strongly reflected in Farm Bureau, where volunteer farmer and rancher leaders serve on governing boards and committees at local, state and national levels.

“Serving our communities and engaging to build trust and share the compelling story of agriculture are cornerstones of national program committee work,” said AFBF President Zippy Duvall. “We welcome these Farm Bureau members and applaud their dedication.”

The YF&R Committee is made up of 16 positions representing all regions of the U.S. An individual or couple may hold each committee appointment. Committee members are responsible for program planning, which includes the coordination of YF&R competitive events during AFBF’s convention each January, and the Harvest for All program.

Ten individuals representing qualifying Farm Bureau Promotion & Education states make up the P&E Committee. Its mission is to develop and centralize resources that inspire and equip Farm Bureau to convey the significance of agriculture. 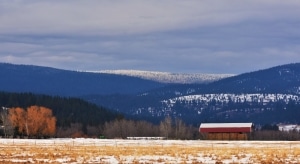 WASHINGTON — Just over 20% of Americans who serve as volunteers nationwide share their expertise as members of boards or committees, according to AmeriCorps. This commitment to step up and serve helps shape the direction of organizations they care about, as Farm Bureau volunteer leaders demonstrate year after year. The American Farm Bureau Federation recently […]