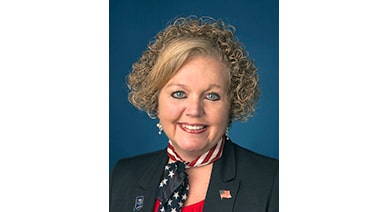 “Our state offices are on the frontlines of providing critical USDA programs and services,” said Agriculture Secretary Tom Vilsack. “I am thrilled to welcome these nine talented and dedicated public servants to the team as we continue to build back better for the American people.

Wickard and her family own and operate Wickard Livestock, a multi-generational livestock and row-crop farm near Greenfield, Ind. She returns to her role as FSA State Executive Director after being appointed by President Obama and serving from 2009 to 2017.

Following her appointment, Wickard served as the Government Affairs Director and Agricultural Liaison at the Indiana Department of Environmental Management (IDEM). She was later appointed Assistant Commissioner in the Office of Program Support at IDEM while also maintaining her Agricultural Liaison role. Wickard has also worked as the Executive Vice President of the Indiana Beef Cattle Association, Chief Operating and Marketing Officer and Environmental and Natural Resources Director at the Indiana Farm Bureau, and Environmental and Natural Resources Director in the Office of the Commissioner of Agriculture.