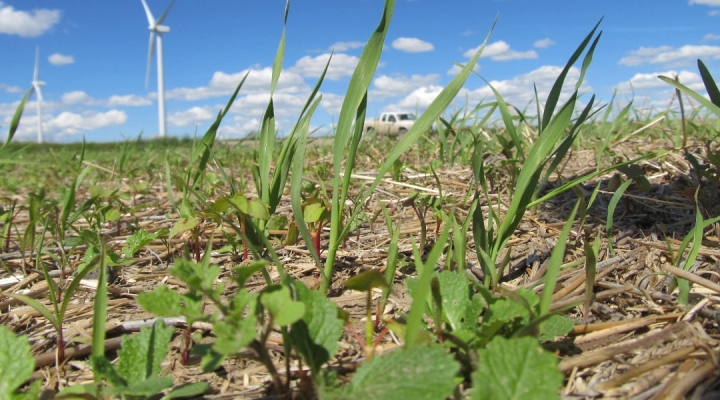 ST. LOUIS, Mo. — The American Soybean Association (ASA) recently led an analysis of federal conservation programs to determine which programs were the most beneficial to farmers and led to greater adoption of conservation practices. The economic analysis showed that the Environmental Quality Incentives Program (EQIP) funding to farmers increased cover crop acres more efficiently than the whole-farm Conservation Stewardship Program (CSP). In addition, neither program moved the needle forward on no-till practice adoption.

Ariel Wiegard, Director of Government Affairs for ASA, likens these results to recent grower surveys and Farm Bill listening session comments. “This study underscores what we hear from growers as we clarify our conservation priorities for the 2023 Farm Bill.”

“To answer whether these payments increase cover crops and no-till adoption, the study used satellite OpTIS data at the county level in 12 Corn Belt states from 2006 to 2015,” says Gerlt. “It also included data on EQIP and CSP payments, planted acreage and weather variables.”

“CSP payments tell a different story, meaning that increasing CSP payments corresponds to a decrease in cover crop adoption,” Gerlt says. “While that seems counterintuitive, anecdotal evidence from farmers points to a reluctance to put all their acres into cover crops, as required by CSP contracts, compared to targeting certain acres under EQIP.”

No conclusions can be drawn when examining the same satellite and variable data from a no-till adoption perspective. “There are no statistically significant results that show either EQIP or CSP increasing no-till practice adoption,” Gerlt adds.

For more information on this study and other conservation projects ASA has completed in partnership with the Walton Family Foundation, visit the Sustainability and Conservation issues section of the ASA website at soygrowers.com.