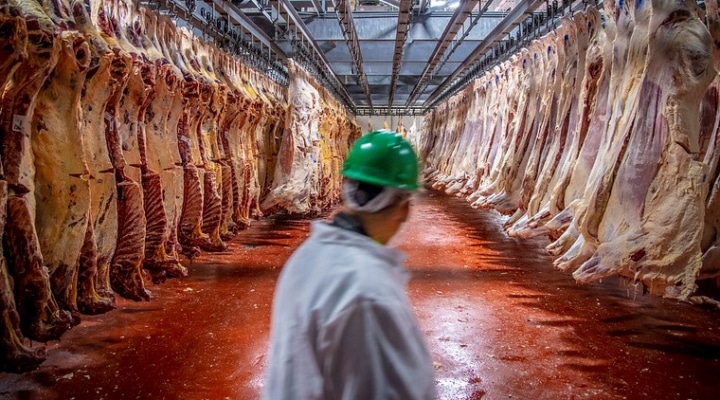 The USDA’s Agriculture Marketing Service (AMS) introduced four criteria aimed at making it easier to determine whether a meatpacker’s actions were such that they could be construed as providing an “undue or unreasonable preference or advantage” to one producer over another. (U.S. Department of Agriculture, Public Domain)

WASHINGTON — For years, American livestock and poultry producers have spoken out about the unfair and abusive practices of contract agriculture. Working alongside farmer advocates such as the National Sustainable Agriculture Coalition (NSAC), RAFI-USA, and CCAR, these farmers have clearly demonstrated why rules governing the meatpacking industry needed strengthening. Today, the Trump Administration took a small step forward toward enhancing farmer protections by introducing a proposed change to language in the Packers and Stockyards Act of 1921 that deals with undue preference.

The USDA’s Agriculture Marketing Service (AMS) introduced four criteria today aimed at making it easier to determine whether a meatpacker’s actions were such that they could be construed as providing an “undue or unreasonable preference or advantage” to one producer over another. The rule does not, however, address several other important aspects of undue preference, such as harm to competition and retaliation or a farmer’s right to speak out.

“After much delay, we are very pleased to see AMS finally moving forward on the undue preference rule,” said Candace Spencer, Policy Specialist at NSAC. “Their proposed criteria focus solely on business justifications, which could be very helpful depending on how they are interpreted and whether or not they are actively enforced. One major concern we have about the criteria, however, is that they include language that would judge undue preference by whether or not such behavior can be considered customary for the industry. Unfair competition and undue preference has unfortunately become customary for the industry – that does not mean it should be endorsed. In order to ensure this rule is fair and effective for contract farmers, this criterion must be either deleted or heavily revised. We will be working closely with our membership to analyze these criteria and put forward a more detailed analysis next week.”

The undue preference rules represent only a small part of a larger package of reforms advanced under the Obama Administration at the end of 2016, known as the “Farmer Fair Practices Rules”. These rules were strongly supported by contract producers and advocates like NSAC.

Those with unharvested corn, soybeans re-surveyed