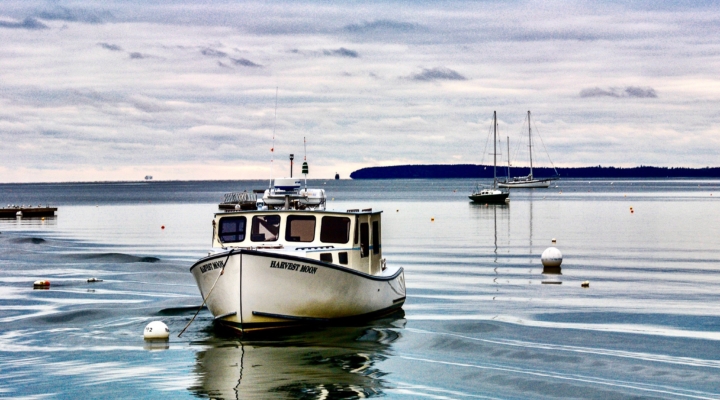 For decades, the biggest threat to the industry has been overfishing, but it is no longer the only threat. According to new research at the University of Delaware, fluctuations in the climate have already cost some New England fishermen their jobs. (photo by Susan Bell, creative commons/flickr.com)

NEWARK, Del. — New England has a proud tradition of commercial fishing. But will it survive as the planet warms?

For decades, the biggest threat to the industry has been overfishing, but it is no longer the only threat. According to new research at the University of Delaware, fluctuations in the climate have already cost some New England fishermen their jobs.

UD’s Kimberly Oremus, assistant professor of marine policy in the College of Earth, Ocean and Environment, makes the direct link, for the first time, between large-scale climate variability and fishing job losses in a study published Monday, Dec. 9 in the Proceedings of the National Academy of Sciences.

y correlating the North Atlantic Oscillation (NAO) — New England’s dominant climate signal — with labor numbers, Oremus determined that New England’s coastal counties have, on average, lost 16% of their fishing jobs due to climate variation from 1996 to 2017.

This specific effect of climate is distinct from the overall job losses and gains caused by other factors, such as changes in market demand, regulatory changes to curb overfishing, and broader economic trends. Currently, 34,000 commercial marine fishermen are employed in New England’s industry.

“As we see more warm winters off the New England coast, historic fisheries decline and fewer fishermen stay in business,” Oremus said. “This has important implications for fisheries management in New England, which employs 20% of U.S. commercial harvesters.”

While other studies have used temperature projections as a proxy for climate change, Oremus chose the North Atlantic Oscillation, a climate index based on the difference in sea-surface pressure between two points in the Atlantic Ocean — at the Azores and near Iceland.

When the oscillation signal is positive, that means the subtropical high near the Azores and the subpolar low near Greenland are strong, allowing for a warmer winter pattern in the northeastern U.S. That creates difficult conditions for many of the commercial species in the region. When the oscillation signal is negative, the pressure gradient between the two points is weaker, and colder air can surge south from Canada.

“New England waters are among the fastest-warming in the world,” Oremus said. “Warmer-than-average sea-surface temperatures have been shown to impact the productivity of lobsters, sea scallops, groundfish and other fisheries important to the region, especially when they are most vulnerable, from spawning through their first year of life.”

That effect shows up in catch and labor data a few years later, once the affected fish reach the size at which they’re allowed to be caught. In order to understand this, Oremus had to gather catch-size restrictions for 56 commercial fisheries. Squid and some shrimp, for example, typically are caught in their first year of life, while most groundfish, such as haddock, are caught between 2-4 years old. A majority of fish are caught by age 6.

In her study, Oremus connected the pathways between the North Atlantic Oscillation, its effects on aggregated catch from multiple fisheries and the resulting impacts on sales revenue, wages and fishermen’s jobs. Her analysis showed that increases in the North Atlantic Oscillation signal initially reduce total catch in New England by 2%, a reduction that persists for five years, to a 10% decline. The impact on regional revenue followed the same pattern. A 1-unit increase in the oscillation reduced commercial fishing revenue by 1% initially, accumulating to a 13% decline six years later.

Over time, this supply shock measurably reduces the labor demand, with a 1-unit increase in the North Atlantic Oscillation index reducing fishing employment by 13% and wages by 35%, with effects that persist for several years.

But as commercial fishermen leave the industry, where do they go?

Oremus said finer resolution data would need to be gathered on a business level to determine if fishermen are being pushed into unemployment or into retirement, being reallocated into other jobs such as the extraction industry (oil, gas, minerals) or some other sector, or moving away from the East Coast entirely.

She did examine vessel permit data for all federal, commercial permits on the U.S. Atlantic coast and found no evidence that fishermen are moving farther south, where fish stocks are more stable due to a mix of warm- and cold-water species.

“The science on this particular climate variability — the North Atlantic Oscillation — is very well established,” Oremus said. “But how will it change in the future? There are two predictions: some say it is moving more into the positive phase, and some are predicting it will be more variable.” Her findings suggest that the region’s fish populations might be impacted either way.

Understanding the links between climate, catch and labor could help regulators better manage resources to preserve New England’s remaining stocks and fishing communities, Oremus added. While her findings are specific to New England, her study points the way toward considering climate’s impacts on fisheries around the world.

“This is an important signal to incorporate into the fisheries management process,” Oremus said. “We need to figure out what climate is doing to fisheries in order to cope with it.”

Shutdown of shrimp fishery to continue in 2020

Sign up for assistance, resource concerns on agricultural lands
January 22, 2020