Home / New York / New drone show to light up Great NYS Fair
A new user experience is coming! We'll be asking you to login to your Morning Ag Clips account March 1st to access these new features.
We can't wait to share them with you! Read more here. 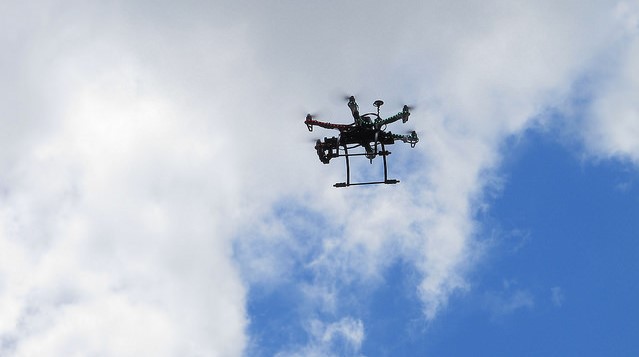 The show, provided by Great Lakes Drone Company, features 25 drones with lights attached. They will fly in precision patterns to form objects, timed to music that will play from the New York Experience Stage’s sound system. (Stock image via RL GNZLZ, Flickr/Creative Commons)

SYRACUSE, N.Y. — The night sky over the western end of the New York State Fairgrounds will come alive with light, sound and motion as a brand-new drone light show takes flight for the 2018 Great New York State Fair, Acting Director Troy Waffner announced today.  The shows will occur at approximately 9:30 p.m. over the New York Experience festival grounds. Shows will take place each night of the Fair except for Labor Day, when the annual closing-night fireworks display takes place. The new event takes place as New York State is named the leading state for drone technology development by Business Facilities Magazine.

“We’re excited to bring a different kind of fireworks to the skies over the Fair and I think people are going to enjoy this new attraction. It’s one more reason to visit the New York Experience area, which we are building into one of the most interesting spaces at the Fair,” said Waffner.

The show, provided by Great Lakes Drone Company, features 25 drones with lights attached. They will fly in precision patterns to form objects, timed to music that will play from the New York Experience Stage’s sound system.

Business Facilities Magazine ranked New York #1 among states, citing the state’s investment in the Drone Corridor and noting that the 50-mile length of sensors and radars is due to be in full activation later this year.

New York State created the drone corridor in 2016, a 50-mile area of Central New York and the Mohawk Valley, with the intention of building on the region’s long history with aviation and sensing systems to create a global hub for research, development and manufacturing of systems for unmanned aerial vehicles. The state connected companies that create software, equipment, and systems to the best minds in Central New York, including the region’s colleges and universities, skilled manufacturers, military assets, and an FAA-approved test site—creating regional exponential growth in the unmanned aerial vehicle industry.

The development of the drone corridor is making Central New York an integral part of a trillion-dollar global industry, attracting business development and new drone technology to the state.

Today’s announcement complements “Central NY Rising,” the region’s comprehensive blueprint to generate robust economic growth and community development. The State already has invested nearly $3 billion in the region since 2012 to lay the groundwork for the plan – capitalizing on global market opportunities, strengthening entrepreneurship and creating an inclusive economy. Today, unemployment is down to the lowest levels since before the Great Recession; personal and corporate income taxes are down; and businesses are choosing places like Syracuse, Oswego and Auburn as a destination to grow and invest in.