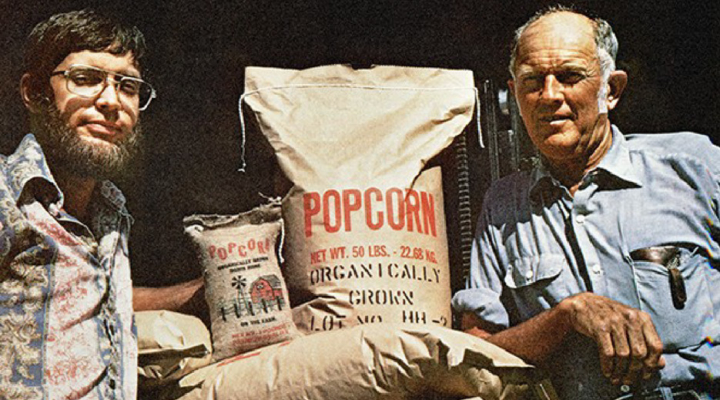 Father and son farmers David and Don Vetter circa 1970. The film “Dreaming of a Vetter World" focuses on the story of the Vetter family, pioneering organic farmers in Marquette, Nebraska. (Courtesy Photo)

CRYSTAL LAKE, Ill. — The Land Conservancy of McHenry County and McHenry County College’s Agrarian Learning Center and Sustainability Center are proud to present an inspiring new documentary film, “Dreaming of a Vetter World.” This free screening will be held at McHenry County College in the Luecht Conference Center located at 8900 US-14, Crystal Lake, Ill., on Aug. 27, 2019 at 6:30 p.m. The filmmaker, Bonnie Hawthorne, will be in attendance for a Q&A to follow the film.

The compelling 77-minute documentary “Dreaming of a Vetter World” comes at a time when interest in organic farming and regenerating soil has exploded worldwide. Others are realizing what the Vetters have known for decades: soil is key to our very survival.

The film focuses on the story of the Vetter family, pioneering organic farmers in Marquette, Nebraska. Shot, directed and narrated by first-time filmmaker Bonnie Hawthorne, the documentary tells the story of the Vetter family’s decades-long experiment with a self-renewing farm management system. It is also a story about place, hope, and love; an inspiring example of perseverance and doing what you know is right, against all odds.

Beautifully shot on location in Hamilton County, Nebraska, this engaging documentary shows what farming with nature is all about. At the heart of this powerful story is David Vetter’s journey from farmer’s son, to missionary, to scientist, and back to farmer again, where he practices what he calls a “ministry to the soil.” The film also includes interviews with other organic leaders, such as Fred Kirschenmann, David’s father Donald Vetter, and others.

The program begins at 6:30 p.m. with a reception where people can meet local farmers and learn about what kind of food they grow and how it can be purchased. The film starts at 7 p.m.

The Land Conservancy is a nonprofit organization dedicated to the health and preservation of natural and agricultural land in McHenry County.

— The Land Conservancy of McHenry County