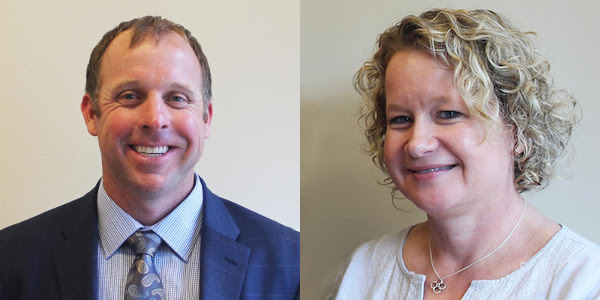 Reynolds comes to TPI from the position of assistant professor and turfgrass extension specialist at Texas A&M, where he coordinated statewide turfgrass research and extension programs. He was the creator and editor of the program’s website, AggieTurf.tamu.edu, and developed much of its educational content. Prior to joining Texas A&M, he served as a turfgrass research and extension associate for North Carolina State University (NCSU) from 2003-2013.

Reynolds is a passionate advocate of the benefits of turfgrass and intent on delivering the message of their usefulness in urban environments. His professional career has been rooted in science, combined with the curiosity of a researcher and the ability to communicate with people on multiple levels. In the positions he’s held, he’s proven to be equally effective as a speaker in formal presentations; a leader and contributor on boards and committees; and an informative resource for groups, businesses and individuals. He’s at home in an office or in the field. He brings these strong assets to the TPI team.

Reynolds grew up in rural North Carolina, and although his family didn’t farm, they lived on a farm with livestock, pastures, and a huge garden. His summer jobs were all plant related and a golf course internship in 1996 prompted his interest in turfgrass. He says, “It’s amazing some of the things we ask turfgrasses to do—and they do them.”

He has been married to Diane Silcox Reynolds since 2013 and they happily anticipate the arrival of their first child, a little girl, in May. Diane has a PhD in entomology and works for Adama, an agrichemical company.

Asked what TPI members should know about him, Reynolds said, “I’ve heard so many great things about TPI, I’m excited to be working with them and eager to connect with them. I’m looking forward to supporting them on all fronts, especially in making sure their voice is heard on the issues TPI sees as most important to the turfgrass industry and beneficial to the membership.”

Reynolds can be contacted at creynolds@TurfGrassSod.org.

Turfgrass Producers International (TPI) has announced the appointment of Karen Cooper to the newly-created position of associate executive director effective May 1.

Cooper has extensive professional writing expertise, along with fifteen years of administrative and project management experience. Working collaboratively is a common thread throughout her professional background and a key asset she brings to TPI.

Cooper grew up in a small town near Wichita, Kansas, nestled in the heart of a farming community. From April 2007 to December 2013, she served as senior manager of conference education for the Golf Course Superintendents Association of America (GCSAA). There she managed all aspects of the annual GCSAA educational conference for over 7,000 participants. She connected with the members to better assess their needs and expectations; then communicated with the instructors to develop curriculum to align with their objectives. This included expansion of social media content and new audience-driven sessions. Since her husband’s transfer to Baton Rouge, Louisiana, led to leaving this position, she has missed the turfgrass industry and especially its people. She is eager to meet TPI members, see their farms and learn the production side of the turf industry.

Cooper earned her BS in Information Technology from the University of Houston and her MS in Higher Education Administration from the University of Kansas. She comes to TPI directly from the position of curriculum specialist where she developed adult learning training courses specifically designed to meet the needs of the target audience for the National Center for Biomedical Research & Training/Academy of Counter-Terrorist Education at Louisiana State University.

Cooper and her husband Mike have a daughter, Courtney, who is a horticulture major, just finishing her junior year at the University of Arkansas.

Asked the main thing TPI members should know about her, Cooper said, “I want to hear what they are excited about; what challenges they are facing and what we can do for them. I invite them to call me, shoot me a message—I really want that communication.”

Cooper can be reached at kcooper@TurfGrassSod.org.

Turfgrass Producers International is an independent, not-for-profit association with nearly 800 members in over 40 countries comprised of turfgrass sod and seed producers, equipment manufacturers and suppliers, and various individuals involved in education and/or turf-related research.