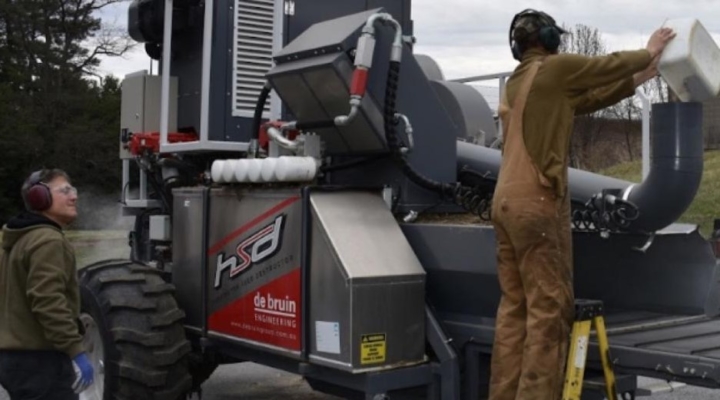 WESTMINSTER, Colo. — Australian growers have made significant inroads against herbicide-resistance weeds in recent years by focusing on harvest-time weed seed controls. One of the most popular strategies is the use of an impact mill that intercepts chaff as it exits the harvester. The mill destroys weed seeds and then deposits the residue on the field for moisture conservation and nutrient cycling.

In a recent study featured in the journal Weed Science, a team of researchers explored whether impact mills could help U.S. growers fight Palmer amaranth and other herbicide-resistant weeds in soybean crops.

The two-year study showed milling was highly effective in destroying seeds of 12 weed species common to soybean fields in the Midwest and Mid-Atlantic regions. It produced a success rate that ranged from 93.5 to 99.8 percent in year one and from 85.6 to 100 percent in year two.

“Even seeds that appeared to be intact after passing through the impact mill were prone to rapid decay due to damage incurred during processing,” says Lovreet Shergill, a postdoctoral researcher with the USDA’s Agricultural Research Service and the University of Delaware. “We found that less than 0.4 percent of them were viable.”

What do these results mean for weed management in U.S. soybean crops? Palmer amaranth and other problematic weeds that remain in the field at harvest time are likely to be resistant to early season weed controls. Many retain a high proportion of their seeds at maturity, which is concurrent with the crop harvest window.

“If seeds of these resistant weeds are destroyed during the harvest, the weed seed bank can be reduced over time in support of long-term weed management,” Shergill says.

Full text of the article “Fate of Weed Seeds after Impact Mill Processing in Midwestern and Mid-Atlantic United States” is available in Weed Science vol. 68 issue 1

The 2019 Agricultural Year in Review