Home / DelMarVa / New bill imposes heavier fines for illegal trash dumping
A new user experience is coming! We'll be asking you to login to your Morning Ag Clips account March 1st to access these new features.
We can't wait to share them with you! Read more here. 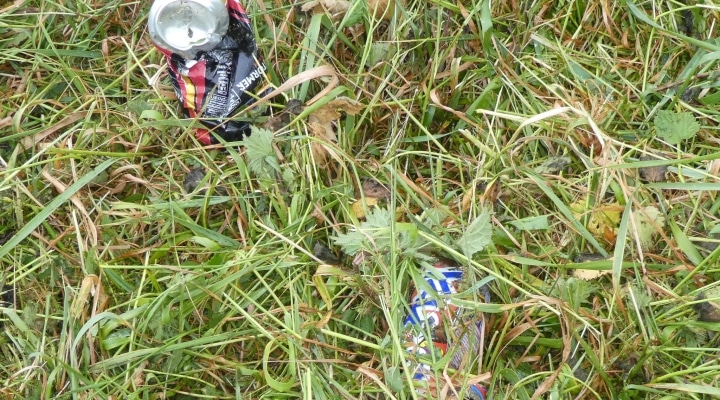 Littering causes a multitude of problems for farmers. Trash dumped on farms can get caught in machinery, resulting in costly repairs. It also can get mixed in with crops during harvest, contaminating the yield and causing the farmer to lose money. (photo by Andrew Bone, creative commons/flickr.com)

PARKSLEY, Va. — Littering isn’t just an eyesore that’s harmful to the environment. It also can be detrimental to farming operations.

Accomack County farmer Sands Gayle said he’s witnessed lots of illegal trash dumping along roadways and in the fields that he farms.

“On days that the public dumpsters aren’t open, people will find a nearby back road and just throw it out,” he lamented. “There’s a lot of household trash. The problem is people just don’t care.”

Littering causes a multitude of problems for farmers. Trash dumped on farms can get caught in machinery, resulting in costly repairs. It also can get mixed in with crops during harvest, contaminating the yield and causing the farmer to lose money.

Illegal dumping also poses risks to livestock if they get tangled in trash or mistakenly ingest it while grazing.

Gayle said he tries to clean up what he can, “but if I end up stopping for every single piece of plastic I see, I doubt I’d get anything done in a day.”

A new law taking effect July 1 is intended to curb Virginia’s litter problem by doubling the minimum fine for illegal dumping from $250 to $500, with a maximum fine of $2,500. Violators also could face up to one year in jail or 10 hours of community service.

“We commend Delegate Edmunds for his leadership on addressing litter,” said Ben Rowe, Virginia Farm Bureau Federation national affairs coordinator. “For too long litter has posed a risk to the environment, farm equipment, livestock and crop quality. This new law will help ensure the minimum fine matches the impacts and risks of litter on farmers and deter littering in the commonwealth.”

The Virginia Department of Transportation has launched an anti-littering awareness campaign called “Virginia is for Lovers, Not Litter.” VDOT said it spends around $3.5 million annually cleaning up litter.

You can learn more about how littering affects farms by watching Virginia Farm Bureau’s Real Virginia television show in June. Real Virginia airs nationwide at 3:30 p.m. on the first Saturday of each month on RFD-TV on Dish Network and DirecTV, and on selected cable outlets around the state. It airs weekly on WBRA digital channel 15, WHRO Norfolk, WVVA Bluefield, and WTKR Norfolk, and on the first and third weekends of each month on WVIR Charlottesville and WRLH Richmond.