Home / National / New analysis has farmers concerned about looming tariffs on fertilizers
A new user experience is coming! We'll be asking you to login to your Morning Ag Clips account March 1st to access these new features.
We can't wait to share them with you! Read more here. 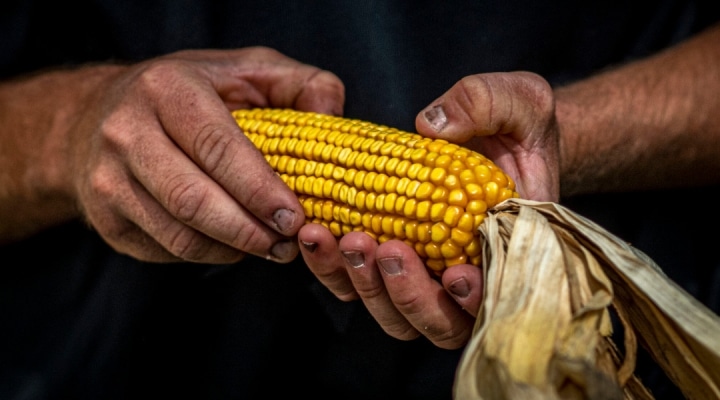 “The proposed tariffs will create shortages and drive our costs up even higher,” Iowa farmer and National Corn Growers Association President Chris Edgington said. “They will add insult to injury and impose a financial hardship on family farms.” (U.S. Department of Agriculture, Public Domain)

ST. LOUIS — A new economic analysis released today by researchers at Texas A&M University has corn growers raising concerns that pending tariffs on nitrogen fertilizers will create shortages and cause prices to increase even more for farmers, according to the National Corn Growers Association.

“As part of this study, we conducted an historical analysis going back to 1980 and found that fertilizer costs tend to go up when corn revenues increase,” lead researcher Joe Outlaw, Ph.D., noted. “Notably, these prices tend to go up exponentially even after accounting for natural gas prices and higher demand.”

“On our farm, we’re seeing prices three times higher than last year for our nitrogen fertilizer,” said Randy Poll, president of the Michigan Corn Growers Association. “In some instances, our suppliers are unable to guarantee that there will even be enough product available. These price increases are not sustainable for Michigan farmers.”

The study has farmers raising concerns about a petition by CF Industries, one of the country’s major nitrogen producers, with U.S. International Trade Commission to impose tariffs on nitrogen fertilizers imported from Trinidad & Tobago and Russia. The U.S. Department of Commerce has since released a preliminary finding recommending tariffs, despite strong outcry from farm groups.

“The proposed tariffs will create shortages and drive our costs up even higher,” Iowa farmer and National Corn Growers Association President Chris Edgington said. “They will add insult to injury and impose a financial hardship on family farms.”

“Our request is simple,” he said. “We’re just asking that these companies keep us out of their trade disputes, and they do everything possible to keep their products available and affordable for family farms.”

About the National Corn Growers Association
Founded in 1957, the National Corn Growers Association represents nearly 40,000 dues-paying corn farmers nationwide and the interests of more than 300,000 growers who contribute through corn checkoff programs in their states. NCGA and its 50 affiliated state associations and checkoff organizations work together to create and increase opportunities for their members and their industry.