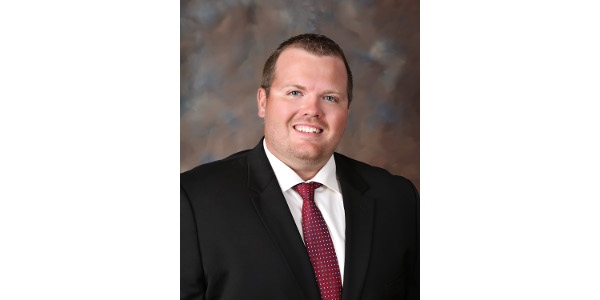 LINCOLN — Taylor Nelson, who farms near Jackson, Nebraska, joins the Nebraska Ethanol Board as the corn representative. He was appointed by Gov. Pete Ricketts Sept. 8.

Nelson earned his agriculture economics degree from the University of Nebraska-Lincoln. He returned to the family farm in 2012, and produces corn and soybeans in Dixon and Dakota counties with his father, Doug Nelson, and uncle, Jim Nelson. Along with his wife and parents, Nelson also operates the Jackson Express convenience store.

“After college, we were looking for an opportunity to concentrate my time and get started farming,” Nelson said. “Land opportunities were few and far between and we didn’t own livestock, but we saw an opportunity to build a convenience store in my hometown of Jackson.

Although we didn’t have experience in the retail, fuel or food service, we saw it as a way to diversify our operation and bring many needed goods and services to the Jackson area including the ability to sell and promote ethanol.”

Opening in November 2012, Jackson Express quickly became known for quality ethanol fuel and an ideal meeting place for coffee or lunch. Initially, Nelson spent most of his time getting the business off the ground. Now his wife, Emily, is the general manager and he is back farming.

Nelson is now putting his diversified experience to action as a member of the American Coalition for Ethanol and vice president of the northeast Nebraska chapter of the Nebraska Corn Growers Association.

“Taylor’s background in both fuel sales and farming makes him a unique addition to the board,” said Todd Sneller, Nebraska Ethanol Board administrator. “As the youngest board member, we look forward to his input on using new marketing techniques to engage drivers.”

Established in 1971, the Ethanol Board assists ethanol producers with programs and strategies for marketing ethanol and related co-products. The Board supports organizations and policies that advocate the increased use of ethanol fuels – and administers public information, education and ethanol research projects. The Board also assists companies and organizations in the development of ethanol production facilities in Nebraska. For more information, please visit www.ethanol.nebraska.gov.