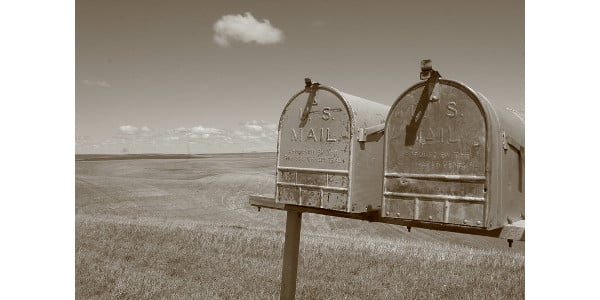 NeFU’s written remarks pointed out that most of Nebraska is a very large sparsely populated state with very erratic high speed internet broadband connectivity that heavily relies on prompt and reliable mail delivery service to keep farm, ranch, and rural communities for business and prescriptions.

NeFU President John Hansen stated in the comments, “We reject the notion that we ought to settle for second rate slow mail service. When we get slow and erratic mail service, we don’t just passively accept it. Instead, we look for prompt and sustainable solutions. The proposed USPS proposal is a blueprint for an unacceptable future for Nebraska, and on we vigorously oppose it.”

NeFU President John Hansen explained the reasons NeFU felt so strongly about the need to offer official comments about the USPS proposal, “Rural Nebraska has already seen a substantial deterioration of mail service. Rural post offices have already reduced the hours they are open, mail is already much slower, and less dependable, and the proposed USPS plan accepts and expands the slowness of the service instead of developing a plan to improve rural services. In addition to business, personal correspondence, prescriptions, sometimes baby chicks and other delivery items, rural communities oftentimes also depend on the a prompt and dependable mail service for voting. At the end of the day, if we really want remedy in USPS services, there needs to be new leadership at USPS.”

The written remarks concluded, “Our organization’s policy has consistently championed the benefits and need for USPS for many decades. While times change, the need for a prompt, accessible, affordable, and dependable USPS does not.”

Nebraska Farmers Union is a general farm organization with 3,841 farm and ranch family members dedicated to protecting and enhancing the economic well-being and quality of life for family farmers and ranchers, and their rural communities. Since 1913, Nebraska Farmers Union has helped organize over 445 cooperatives.