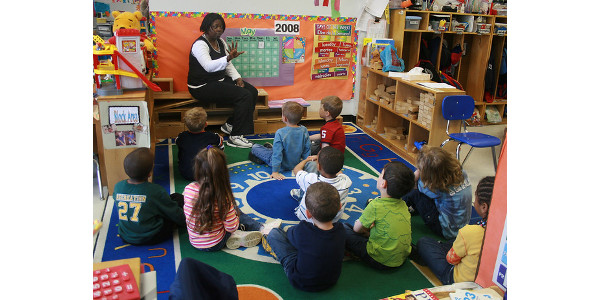 The Nebraska Farm Bureau Foundation was awarded a grant from the National Agriculture in the Classroom Organization (NAITCO) to support the growth of agricultural literacy in pre-kindergarten-12th grade classrooms in Nebraska. (woodleywonderworks via Flickr)

LINCOLN — The Nebraska Farm Bureau Foundation was awarded a grant from the National Agriculture in the Classroom Organization (NAITCO) to support the growth of agricultural literacy in pre-kindergarten-12th grade classrooms in Nebraska. Funding for the competitive grant program came from the U.S. Department of Agriculture’s National Institute of Food and Agriculture (USDA/NIFA).

Nebraska’s project titled, “Learn, Then Do: A Phenomenon-Based Field Experience,” develops a model for a writer’s workshop for teachers to create Next Generation Science Standards (NGSS) lessons using agriculture as the context for learning.

“This program will support LPS teachers in the shift of moving to the new Nebraska standards within agricultural topics,” said James Blake, science curriculum specialist at LPS. “I look forward to partnering with the Nebraska Farm Bureau Foundation on the project to achieve great science education for youth in LPS.”

The three-day workshop will start with training on phenomena-based learning and discussion about how Nebraska science standards and agriculture connect.

After spending a day learning how to write lessons that support the new standards, the teachers will spend a day touring farms and agribusinesses to find their own examples of science within agriculture.

The teachers will spend the final day working in small groups to write ten lessons based on the previous days’ ideas of science phenomena in agriculture. Teachers will present the finalized lessons to a wide audience of science teachers during workshops at the Nebraska Association of Teaching Science Conference.

“Through this project, teachers will explore how to make agriculture relevant and interesting to students while succeeding with the new science standards. The aim is to create lessons that are fun, meet the standards of rigor required at LPS, and clearly articulate the building blocks for success in the classroom,” said Courtney Schaardt, director of outreach education for the Nebraska Farm Bureau Foundation and program coordinator for the project.

The project is slated to start in March 2020 with the selection of the teachers and conclude in September 2020 for the 2020-2021 school year.

“We are thrilled to collaborate with Lincoln Public Schools, the second largest school district in Nebraska, in an effort to provide thousands of students with accurate and reliable agricultural information aligned with Nebraska’s newly adopted science standards,” said Schaardt.

ag in the classroom