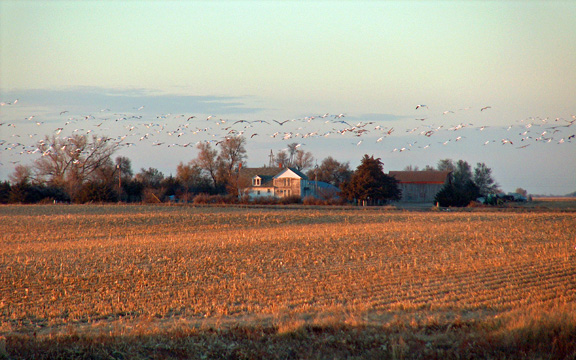 LINCOLN — Nebraskans must be open to new opportunities to grow agriculture, even when those opportunities look different than what have been available to previous generations of farmers and ranchers. The idea of being open to new forms and models of agriculture was at the forefront of Nebraska Farm Bureau’s comments to members of the Legislature’s Agriculture Committee during a hearing on Legislative Resolution 219, a resolution offered by Sen. Steve Halloran of Hastings to identify constraints on agricultural processing, production, and marketing investment.

“The farms and ranches of tomorrow won’t look like the farms and ranches of today. Changing consumer tastes and demands, evolving supply chains, a global economy, continued emphasis on improving environmental management, technological innovation, and the growing ability to directly market to consumers will continue to drive changes and market opportunities in agriculture. The ability to manage risk and adapt to, and capitalize on, new and emerging markets will have much to do with the future prosperity for farm and ranch families. As a state, we must build an environment that allows for and embraces those changes, not one that tosses up roadblocks,” said Mark Haskins, a farmer from Doniphan, who presented Nebraska Farm Bureau’s testimony at the hearing.

“Nebraska farmers and ranchers pay the second highest per-farm property taxes in the country, behind only California. Property taxes should not be a determining factor in whether a farmer has the financial ability to reinvest in their operation or grow, yet due to excessive property taxes on agricultural land, that’s exactly what’s happening in Nebraska. It’s a major barrier to reinvestment and growth and we must fix it,” said Haskins.

In testimony, Haskins also pointed out that need for the state to address the cost and logistical problems related to rural broadband deployment.

“Rural connectivity through broadband is a must no matter the size or scope of an operation. The inability to access high-speed, high-quality Internet service will be one of the largest barriers for agriculture moving forward as it directly impacts everything from production to end marketing,” said Haskins.

Creating opportunities for young people to enter agriculture, in the face of an aging farmer population, was also among the issues identified as barriers to agriculture growth. The group encouraged members of the Committee to reauthorize the Nebraska Department of Agriculture’s Beginning Farmer Program, which is set to expire in 2022, in addition to suggesting modifications making it more accessible to livestock farmers and specialty crop producers.

Recognition of agriculture as the state’s largest industry in the development of state business incentives was also noted in Farm Bureau’s testimony.

“If the legislature believes business incentives are important to growing the state, then agribusiness and production agriculture should be an important part of that conversation. The legislature should consider increasing dollars available under the Nebraska Advantage Rural Development Act, particularly for further development of livestock farms which consume and add value to Nebraska-grown grains,” said Haskins.

“Whether it’s producing industrial hemp, expanding poultry farms through business partnerships with companies like Costco, or opportunities to fill new and evolving niche markets, as a state we must be open to allowing farmers and ranchers pursue new opportunities, not erect barriers to stop them.”