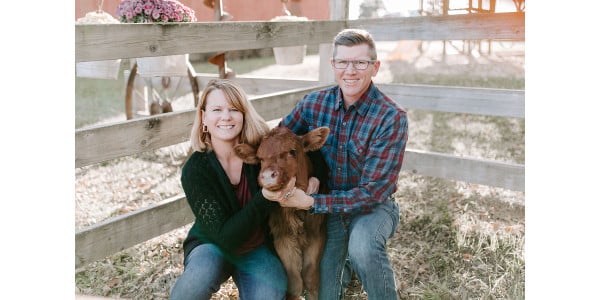 Teresa Lorensen, who founded Bloom Where You’re Planted Farm & Pumpkin Patch near Avoca in 2005 with her husband, Terry, will be featured on Nebraska Women in Agriculture’s webcast series on agricultural entrepreneurship. (courtesy photo)

LINCOLN — “Open for Business: A Nebraska Women in Agripreneurship Series,” will feature Bloom Where You’re Planted Farm & Pumpkin Patch, a family farm near the village of Avoca during its next live webcast on Dec. 8 at 6:30 p.m. Central time.

Produced by Nebraska Women in Agriculture, the monthly webcast series highlights the entrepreneurial spirit of women in agribusiness from across the state, offering creative insights and the stories behind what it takes to build a business.

The conversations focus on surviving business shocks such as disasters, regulatory changes and shifting family dynamics. Featured business leaders are interviewed by Brittany Fulton, Extension Assistant with the Nebraska Women in Agriculture program.

Bloom Where You’re Planted Farm & Pumpkin Patch is owned and operated by Teresa Lorensen and her husband Terry, who purchased and moved onto the property in 2003. Having worked in the hotel industry, at State Farm Insurance, and most recently as executive director of the Bess Streeter Aldrich House & Museum in Elmwood, Teresa brings a customer service and tourism background to her current agritourism adventure.

In the years when Teresa was dissatisfied with her career and looking for something more fulfilling, her mom would tell her to “bloom where you’re planted,” or in other words, make the most of the place you’re at in life. Those words helped inspire the Lorensens to take the leap, and in 2005 they opened a new business which they named for her mom’s advice.

Over the past 16 seasons, Bloom Where You’re Planted Farm & Pumpkin Patch has grown to offer a full slate of pumpkin patch activities, all based around agriculture and nature. Outside of the fall season, the farm is home to monthly Rural Route Rust vintage markets from May through September, featuring antiques, home décor and occasional guest vendors.

The webcast is free to attend but registration is required. Visit the Nebraska Women in Agriculture program website, wia.unl.edu, to register.

Nebraska Women in Agriculture is a program of Nebraska Extension in the Department of Agricultural Economics. For 35 years, it has been dedicated to providing unbiased, research-based risk management education to female agriculture professionals in Nebraska.

Boots in the Barn to be offered in Emmetsburg
January 6, 2021

Virtual Boots in the Barn for dairy women
December 9, 2020