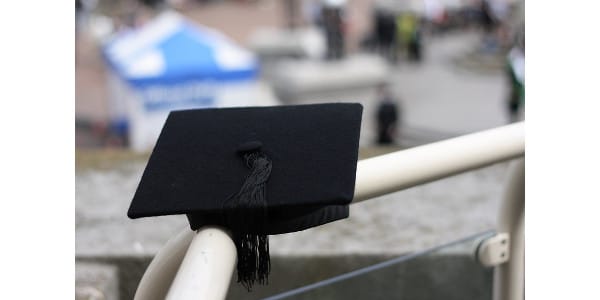 The Sheep Heritage Foundation – a division of the American Sheep Industry Association – has awarded its 2021 scholarship to Brian Arisman of the University of Nebraska-Lincoln. (David Morris via Flickr)

ENGLEWOOD, Colo. — The Sheep Heritage Foundation – a division of the American Sheep Industry Association – has awarded its 2021 scholarship to Brian Arisman of the University of Nebraska-Lincoln. The $3,000 award will be used to support his master’s degree work in animal breeding and genetics.

While he’s worked on research projects involving a variety of species, Arisman’s current research looks at gastrointestinal nematode parasites in sheep. Infection with GIN parasites can result in weight loss, decreased appetite and even death.

“In my current study, genetic resistance and resilience to GIN infection will be delineated using fecal egg counts and FAMACHA scores,” he wrote in his scholarship application. “Resistance is the ability of the host animal to exert control over the parasite, while resilience is the productivity of an animal in the face of infection. Phenotypic and genetic (genomic) relationships among FEC, FAMACHA scores and body weights will be estimated, and used to identify resilient and resistant individuals.

“Additionally, tolerance to GIN infection – which is the change in performance with respect to changes in pathogen load – will be considered. At least initially, tolerance will be evaluated at a sire level by regressing mean body weights on mean FEC or FAMACHA scores of offspring with different pathogen burdens; the slope will define genetic sensitivities to pathogenesis. Beyond pathogen load alone, sensitivities to a broader set of environmental challenges also will be explored. Flocks will be clustered into ecoregions defined by climatic variables. That clustering will be complemented by a producer survey to identify differences in management practices across flocks related to parasite exposure-levels.

“The outcome of this research will be genetic and genomic tools to more reliably select sheep to cope with GIN infection across varying environmental and management conditions.”

ASI congratulates Arisman on being selected for this industry-supported scholarship. Look for more on this year’s winner in the September issue of ASI’s Sheep Industry News.

Life at the Aggie farm and ranch