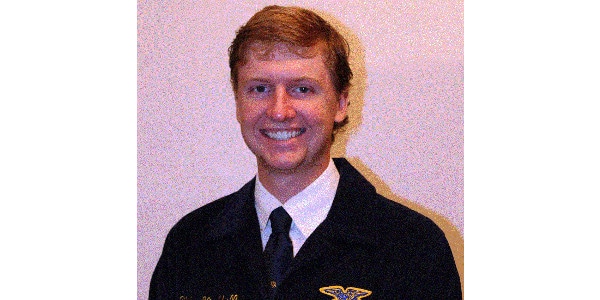 INDIANAPOLIS — Hay bales are a common sight across the Great Plains, but if you see some near the Kansas-Nebraska border, there’s a chance Blake Kirchhoff might have baled them.

“I basically do ‘start to finish’ haying operations,” Kirchhoff said. “Swathing, raking and then round baling or square baling, depending on what the customer wants.”

Kirchhoff owns and operates a haying business called Blake Kirchhoff Custom Baling for his supervised agricultural experience (SAE) with Superior FFA in Nebraska. Blake’s business does more than spinning hay into bales, though — he helps local farmers get in contact with buyers for their hay bales too.

“I also do some contracted hay sales, like a broker [or] a middleman,” Kirchhoff said. “Helping buyers and sellers find each other and negotiate prices.”

Kirchhoff’s business has seen strong growth since he started many years ago on his family farm. However, he didn’t initially plan on haying for his SAE.

“Originally, I had some sheep, and I thought I wanted to do that for an SAE, and I needed hay to feed them,” Kirchhoff said. “I had to start looking for small square bales, and I just couldn’t find anyone in my area … that had any for sale.”

With no other options, Kirchhoff purchased his baler at the age of 14, intending to buy hay from local providers and use that to feed his sheep. However, he realized that he was the only person in his area with a square baler, so he decided to fill a niche and focus on haying instead. He later used his haying profits to pay for a second baler, a swather, a tractor and more.

“I definitely like running equipment,” Kirchhoff said. “Especially when you own it, and you did all the books to figure out if you can afford it. [You’re] seeing things come full circle.”

The haying business is a collaborative effort, however. When he is away from the Kirchhoff farmland to attend college, his family helps run the business in his absence. Kirchhoff also said his FFA advisor, Seth Going, was a huge help for providing him with financial advice and networking opportunities.

“It got me out of my comfort zone,” Kirchhoff said.

After he graduates from Kansas State University with an agronomy degree, Kirchhoff said he wants to run his haying business full time. He added that 2020 has been a surprisingly good year for his business despite the COVID-19 pandemic because more people are starting gardens under quarantine.

Kirchhoff’s advice for FFA members wanting to start their SAEs is to find work they enjoy doing.

“You’ve got to find something that you like to do,” Kirchhoff said. “Not every day is good for me … but if you like what you’re doing, it makes it a lot easier to get over those hurdles.”

Sixteen American Star Award finalists from throughout the U.S. were nominated by a panel of judges who then interviewed the finalists this fall. Four were named winners during the 93rd National FFA Convention & Expo this year, which was held virtually. Winners received cash awards. Case IH, Elanco Animal Health and Syngenta sponsor the awards.

The National FFA Organization is a school-based national youth leadership development organization of more than 760,000 student members as part of 8,700 local FFA chapters in all 50 states, Puerto Rico and the U.S. Virgin Islands.