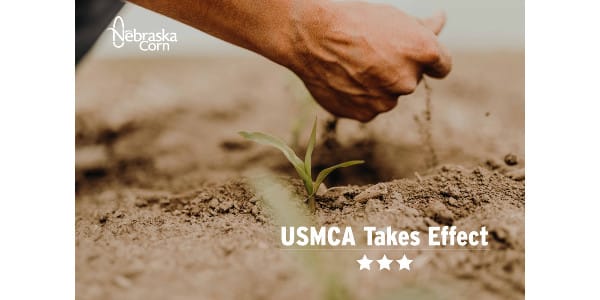 “It’s been a rough couple of years for farmers economically, but the implementation of USMCA is something that will benefit us for years to come,” said Dan Nerud, president of NeCGA and farmer from Dorchester. “This isn’t something that just benefits corn farmers, but rather it supports all Nebraska agriculture. The state’s total ag exports to Canada and Mexico is nearly $1.5 billion. That’s substantial.”

“Through USMCA, Nebraska’s corn farmers and ethanol producers will have access to two of our top and most reliable customers,” said David Bruntz, chairman of NCB and farmer from Friend. “We’re appreciative for everyone that helped get this trade deal to the finish line, from our farmers and our local politicians all the way up to the governing bodies and leaders of each of the three nations.”

NeCGA Board of Directors meet