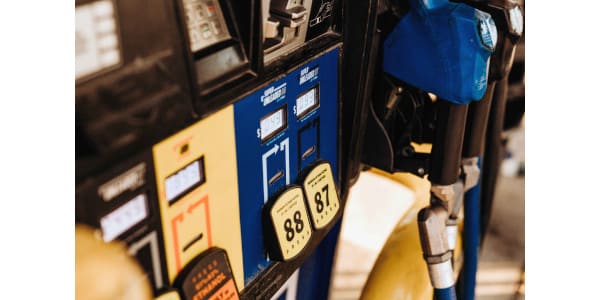 E15, frequently sold as Unleaded88, is a blend of 15% ethanol and 85% gasoline. It contains 5% more ethanol than E10, which is the most common fuel used in the United States. E15 cleaner-burning, is higher in octane – typically 88 – and is less expensive at the pump. (Courtesy of Nebraska Corn Board)

LINCOLN, Neb. — The Nebraska Corn Growers Association (NeCGA) and the Nebraska Corn Board (NCB) are disappointed by the D.C. Circuit Court of Appeals’ decision which reversed a 2019 rule by the Environmental Protection Agency (EPA) that lifted outdated restrictions on E15 (a 15% ethanol blend). EPA’s rule, that went into effect in June 2019, ultimately allowed for E15 sales year-round. If this new reversal by the D.C. Circuit Court comes to fruition, consumers will have reduced access and availability to E15, which will have several negative implications ranging from damage to rural economies to increased greenhouse gas emissions.

“The benefits of E15 are substantial,” said Andy Jobman, president of NeCGA and farmer from Gothenburg. “Almost all fuel in the United States is blended with a 10% blend of ethanol, or E10. By increasing this by only 5%, we’re reducing the amount of toxic chemicals that are added to gasoline to boost octane. Ethanol can reduce greenhouse gas emissions by up to 46% compared to traditional gasoline. As people continue to look at how they can reduce their environmental footprints, ethanol is an important step we can all take now. The EPA got it right in 2019, and NeCGA is going to do everything we can to make sure the rule stands.”

“E15 is the most widely tested fuel ever,” said David Bruntz, chairman of NCB and farmer from Friend. “Yes, as a corn farmer, higher blends of ethanol, like E15, benefit my business and rural Nebraska, but the benefits go far beyond that. Ethanol is a natural octane booster, it saves us all money at the pumps and it’s better for the environment. The D.C. Circuit Court of Appeals made a huge misstep with today’s decision, as the only group it benefits is big oil. E15 is the right choice for consumers, for farmers and the environment.”

Nebraska Corn, which is comprised of the 21,000+ corn farmers who invest into the Nebraska corn checkoff and the 2,400+ members who are dues-paying members of NeCGA, are working with groups like National Corn Growers Association, Growth Energy, Renewable Fuels Association and others to explore all available legal options to challenge the Court’s decision.