Home » Nebraska Corn Board elects leadership during August board meeting 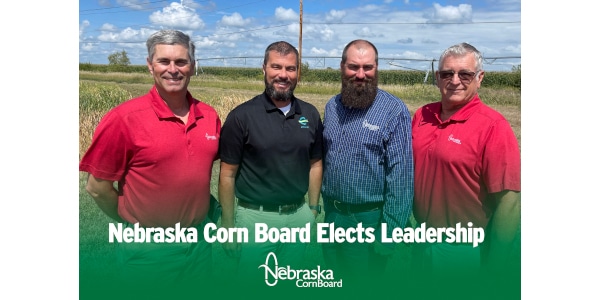 YORK, Neb. — The Nebraska Corn Board (NCB) elected four farmers to serve leadership roles at its recent board meeting on Aug. 19. The leadership roles are effective immediately and are yearlong in duration, with the possibility to be reelected.

Jay Reiners, At Large Director, was elected as chairman of the board. Reiners farms near Juniata, where he grows field corn, seed corn and soybeans. He has been farming for over 30 years and is the fourth generation managing the family farm. He graduated with an associate’s degree in general agriculture from the University of Nebraska-Lincoln (UNL). Reiners has been with NCB since 2017.

Brandon Hunnicutt, District 3 director, was reelected as vice chair of NCB. Hunnicutt farms near Giltner with his father and brother. On his farm, Hunnicutt grows corn, popcorn, seed corn and soybeans. He earned his bachelor’s degree in agricultural business from UNL and has served on the board since 2014.

Andy Groskopf, District 8 Director, was elected secretary/treasurer of the board. Groskopf farms near Scottsbluff, where he farms irrigated corn and dry edible beans. He has been farming for over 20 years and is the fourth generation managing the family farm. He attended Western Nebraska Community College for automotive technologies. Groskopf has been with NCB since 2018.

David Bruntz, District 1 Director, assumes the role as past chairman of the board after serving three consecutive terms as chairman. Bruntz has been farming for more than 40 years near Friend. He grows corn and soybeans, and he also feeds cattle. Bruntz received a degree in production agriculture from the UNL’s Nebraska College of Technical Agriculture. He has been with the board since 2013.

“I congratulate our new leadership team and look forward to the good things to come,” said Kelly Brunkhorst, executive director of NCB. “We’ve had tremendous leadership throughout our history, and this new leadership group is no exception. In addition to the expertise and diversity of our full board, we’re well positioned to aggressively tackle our mission of promoting the value of corn by creating opportunities.”

The full board is comprised of nine corn farmers from across the state. Eight members represent specific Nebraska districts and are appointed by the Governor of Nebraska. The Board elects a ninth at large member. Board members serve three-year terms with the possibility to be reappointed. 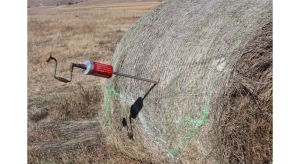 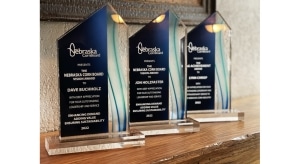 LINCOLN, Neb. – Three individuals were recognized at the Nebraska Corn Board’s (NCB) 2022 awards dinner on March 17 in Lincoln. The annual awards event highlights outstanding contributions to the state’s corn industry. Each of the three recipients have long histories serving Nebraska agriculture. Two recipients received the inaugural NCB Vision Award. The purpose of this recognition is to […] 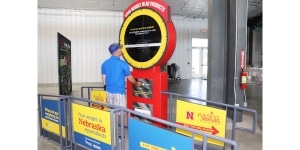 LINCOLN — New additions to the Raising Nebraska exhibit space – located in Grand Island’s Fonner Park – have been installed just in time for the Aug. 27 kickoff of the Nebraska State Fair. Some of these interactive displays were supported by the Nebraska Corn Board (NCB) to help visitors better understand the state’s agricultural […]