Home / Nebraska / Nebraska Cattlemen Industry Service, Hall of Fame recipients
A new user experience is coming! We'll be asking you to login to your Morning Ag Clips account March 1st to access these new features.
We can't wait to share them with you! Read more here. 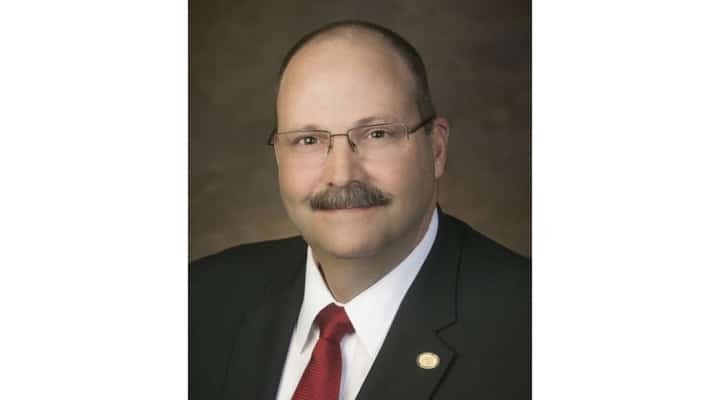 Nebraska Cattlemen recognized two deserving individuals for the Hall of Fame and Industry Service Awards on December 2 during the Annual Convention and Trade Show in Kearney. The 2021 Hall of Fame Inductee was Craig Uden (pictured) from Cozad, Neb. (Courtesy Photo)

KEARNEY, Neb. — Nebraska Cattlemen recognized two deserving individuals for the Hall of Fame and Industry Service Awards on December 2 during the Annual Convention and Trade Show in Kearney. These individuals were selected based on their continuous dedication and contributions to Nebraska’s beef industry.

“I am truly humbled and honored to receive the 2021 Nebraska Cattlemen Industry Service Award. The industry’s hard work every day feeds the world and contributes so much to Nebraska’s economy. I will continue to push for legislative solutions to the complex problems facing the cattle industry,” said Senator Deb Fischer, a member of the Senate Agriculture Committee.

Senator Fischer has been a long-standing friend of agriculture during her time in the U.S. Senate. She was the leader in pushing for more flexibility for livestock haulers through her HAULS act, which was recently signed by President Biden. She has long advocated for transparency and competition in the cattle market space through her Cattle Market Transparency Act.

Senator Fischer has been a champion for eliminating animal waste emission reporting requirements and combating fake meat with the “Real Meat Act.”

The Hall of Fame award highlights one Nebraska Cattlemen member annually who exemplifies an ongoing commitment to the beef industry. This award is the highest honor the organization can bestow on a member. The 2021 Hall of Fame Inductee is Craig Uden from Cozad, Neb. Craig’s ongoing involvement is evident through his leadership on local, state, and federal levels. He is currently involved with Dawson County Cattlemen, Nebraska Cattlemen, and is a past president of the National Beef Cattlemen’s Association.

“I am humbled and honored to receive this award. This organization is like a second family and has always supported me in my career and numerous leadership positions.” Uden said.

“Nebraska Cattlemen is honored and thankful to have dedicated leaders like Craig, who continue to give their time and efforts to our organization.” said Ken Herz, Past President, Nebraska Cattlemen.

Nebraska Cattlemen is proud to award these outstanding individuals for their dedication, commitment, and service to Nebraska’s Cattle Industry. Nebraska Cattlemen will conclude their convention on December 3rdat the Younes Conference Center in Kearney, Neb.