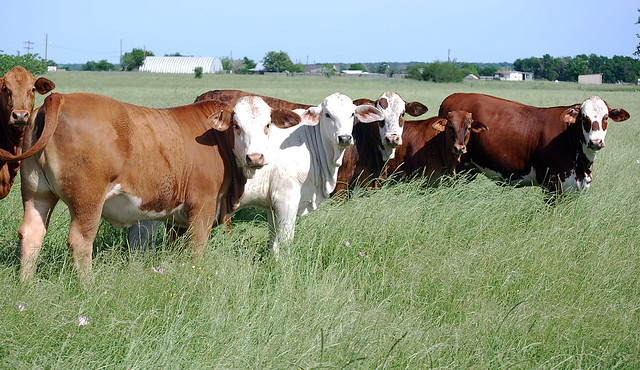 The Animal Health and Nutrition Committee heard from renderers Darling Ingredients regarding pentobarbital in rendered products and what steps they are taking to prevent contamination. UNL graduate student Hannah Speer gave a presentation on the importance of Vitamin A in the diets of beef cows and their offspring as well as the shelf life of Vitamin A in mineral supplements. Galen Erickson, UNL Feedlot Specialist, reported ion research into feed additives to reduce greenhouse gasses from fed cattle – methane, in particular. Kyler Langvart with US Cattle Trace updated the Committee on the progress with this producer-driven disease traceability program which NC supports.

The Brand and Property Rights Committee meeting started with a joint session with the Natural Resources and Environment Committee where Kaitlynn Glover explained NCBA’s engagement with the Biden Administration’s America the Beautiful initiative (30 ×30). Later, Brand and Property Rights Committee attendees heard from Senator Halloran on the passage of LB 572. This was the brand law modernization bill NC supported during the recently concluded session of the Nebraska Unicameral. Senator Halloran offered his thoughts on finding more solutions for the concerns of NC members. Adam Sawyer, chair of the Nebraska Brand Committee, gave an update on happenings within the Agency. Sawyer and John Widdowson, Executive Director for the Nebraska Brand Committee answered members’ questions on brand law and Nebraska Brand Committee processes.

The Education and Research Committee discussed the future of the Farm to School program after the passage of LB 396. LB 396, introduced by Senator Brandt, adopts the Nebraska Farm-to-School Program Act. Attendees heard about the plan that is being put into place by the Nebraska Department of Education in response to the Nebraska Farm-to-School Program Act. There was also a presentation on Lead for Nebraska – a new program available to youth. This program aims to enable communities to bring back their homegrown young leaders. Recruitment for fellows is currently being held.

NC’s Marketing and Commerce Committee had a very full agenda. Committee attendees heard updates on recently announced fed steer and heifer packing capacity additions – including a presentation from David Briggs and Rusty Kemp with Sustainable Beef, LLC, which plans to build a new 1,500 head per day plant in North Platte, Nebraska. There were also updates focused on ongoing price discovery concerns in the fed cattle market, including a report from Troy Stowater, who sits on NCBA’s Regional Triggers Subgroup. New policy was passed encouraging the immediate undertaking of academic research focused on the costs to the fed cattle market due to a lack of price discovery and loss of market leverage. A resolution was also passed supporting continued academic research that considers the benefits of carbon sequestration by the livestock industry and differentiates the relative benefit of methane versus carbon dioxide production.

The Natural Resources and Environment Committee had the opportunity to listen to leadership from the Lower Elkhorn NRD regarding Groundwater Management Plans and reporting requirements for Nebraska specific to nitrates in groundwater. The committee also hosted Senator Bostelman, chair of the Nebraska Unicameral’s Natural Resources Committee, to hear about interim workings of the Committee.

The Tax Committee heard from Danielle Beck with NCBA about the Biden Administration’s current actions regarding amendments to the federal tax code. Hot topics like eliminating stepped up basis and capital gains tax were heavily discussed. The Committee also hosted Senators Friesen, Erdman and Dorn to provide a forum for members to ask hard hitting questions regarding Nebraska’s tax code.

Nebraska Cattlemen leadership and staff look forward to hitting the road this summer to discuss current issues and interact with members across the state.