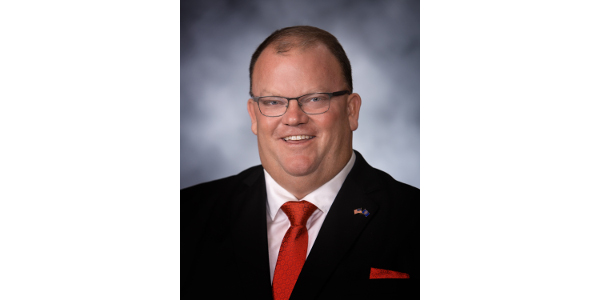 “Many farmers have had it! Multiple ethanol plants have stopped production. In addition, months of unfruitful promises from the EPA and Trump administration have left the ethanol industry where we started ­– suffering,” said Jan tenBensel, NEB Chairman and a farmer from Cambridge, Nebraska. (ethanol.nebraska.gov)

LINCOLN — The Nebraska Ethanol Board (NEB) has submitted comments to the Environmental Protection Agency (EPA) on its proposed supplemental rulemaking to the 2020 Renewable Volume Obligations (RVOs) under the Renewable Fuel Standard (RFS).

On Oct. 15, the EPA released the details of its RVO proposal, which fails to ensure the RFS is upheld and continues to allow the EPA to blatantly abuse Small Refinery Exemptions (SREs). Despite earlier promises from the Trump administration that the EPA would reallocate SREs in 2020 based on the average of actual gallons waived from 2016 to 2018, the agency’s proposed approach fails to account for its previous shortfalls and does not ensure 15 billion gallons of ethanol blending will occur in 2020.

“Many farmers have had it! Multiple ethanol plants have stopped production. In addition, months of unfruitful promises from the EPA and Trump administration have left the ethanol industry where we started ­– suffering,” said Jan tenBensel, NEB Chairman and a farmer from Cambridge, Nebraska.

This tumultuous battle has caused a lot of distress throughout the industry, impacting ethanol producers, farmers, and investors eager to see the success of ethanol, which will in turn improve air quality and boost the economy. NEB maintains that it wants to see the EPA make up for the destruction that has occurred and to set safeguards into place that will ensure SREs are only granted to refineries who truly prove economic hardship.

“We need to have a relationship with the oil industry, which is what the RFS was intended to be when it was established many administrations ago,” said NEB Administrator Roger Berry. “We do not want to see the demise of the oil industry. Our world has not yet reached a point where we can be independent of oil. What we want is to work with them to make a sustainable future powered by a healthier fuel. If we continue to ignore the dire need to clean up our air with the addition of biofuels in our fuel, we are going to put ourselves into a world of hurt. This goes beyond pocketbooks for us. The success of the ethanol industry is important for the future of the world we ALL live in – not just farmers, ethanol producers, and environmentalists.”

Regardless of the EPA’s decisions, the NEB urges the public to continue supporting ethanol. There are many simple ways to do this:

The Nebraska Ethanol Board works to ensure strong public policy and consumer support for biofuels. Since 1971, the independent state agency has designed and managed programs to expand production, market access, worker safety and technology innovation, including recruitment of producers interested in developing conventional ethanol, as well as bio-products from the ethanol platform. For more information, visit www.ethanol.nebraska.gov.

A season of gratitude