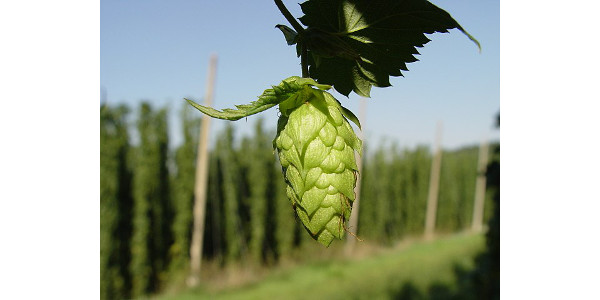 By encouraging Nebraskans to "Grow local. Brew local, and Buy local," the Nebraska Craft Brewery Board hopes to enhance the state's hop and craft brewery industry. (By LuckyStarr - Own work, CC BY 2.5, Link)

Every year the Craft Brewery Board awards grants to fund research, development and marketing projects related to the industry. This year, the Board has approximately $90,000 available for innovative projects from growers, industry organizations, state and local agencies, educational groups and other eligible stakeholders. The deadline to submit proposals is April 30.

“We want to continue to build on the current interest and success of Nebraska’s craft beer industry,” said Nebraska Craft Brewery Board Chair Zac Triemert. “These grants will help keep the industry in Nebraska competitive.”

In Nebraska, craft breweries are defined as small, independent breweries producing less than 20,000 barrels of beer per year. The demand for small-batch brews is driving the hop and craft brewery industry forward.

The state’s Craft Brewery Board consists of seven members appointed by the Governor. The Board represents different aspects of the craft beer industry including brewers, manufacturers, distributors, consumers and farmers growing wheat and hops.

Those interested in receiving grant funds must submit a detailed proposal for review and approval by the Nebraska Craft Brewery Board. Applications are available online at https://tinyurl.com/NCBB2018.

Project proposals are for fiscal year July 1, 2018–June 30, 2019. All approved projects must be completed by June 30, 2019. Instructions for submitting proposals, performance measures and program guidelines are available online at https://tinyurl.com/CBB2018rfp. Proposals must clearly explain how the funds will be used and how they will enhance the competitiveness of Nebraska’s craft beer industry.

For more information, contact Casey Foster, Nebraska Department of Agriculture, at (402) 471-4876, or by email at casey.foster@nebraska.gov.

Aggies ride for the home stretch