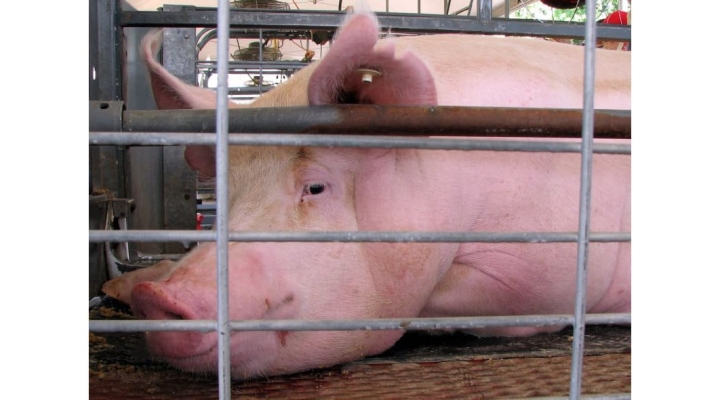 LAKEWOOD, Colo. — The March 1 Hogs and Pigs report noted that hogs kept for breeding declined 1.9% to 6.098 million head, which is the lowest level for March since 2017. Declines were also seen in the December-February farrowings, down less than 1% to 2.901 million head. Farrowing intentions are also pointing toward lower numbers with the March-May period down 1.5% to 2.988 and June-August down less than 1% to 3.031 million head.

The lower breeding herd and farrowing numbers have also led to lower levels of sow slaughter. Weekly sow slaughter through mid-April has been averaging about 59,000 head per week, this is 6.4% or 4,000 head below the same period last year. The pace of average weekly sow slaughter this year is in line with the five-year average, which is 60,000 head. The more seasonal pace to sow slaughter has pushed sow prices to near record levels in recent weeks.

Sow prices (national negotiated weighted average 450-499 lbs.) typically follow a pattern where prices peak about three times during the year. The first peak usually occurs around April, the second peak typically happens in late-June or early-July, and the third smaller peak appears in November. This year, sow prices have followed the typical pattern with prices reaching the first peak of $98.57 per cwt the week of April 16, 2022. This year’s peak price was the third highest on record trailing behind two weeks in mid-April 2014 that were $98.93 and $98.99 per cwt. In the last two weeks, sow prices have fallen to $96.19 and $99.99 per cwt.

The near record sow prices provide an economic opportunity for producers to cull sows and replace them with gilts. Producers are also dealing with substantially higher feed costs compared to a year ago, which is also weighing on production decisions. Iowa State University’s estimated returns for a farrow to finish hog operation showed a profit of $31.54 per head in March. From a year ago, total feed costs in March soared 17% with the bulk of the increase coming from a 34% jump in corn costs. Feed costs will likely continue to be a headwind as producers take a measured approach to production.

Consider the cost: Deciding when to re-treat for BRD