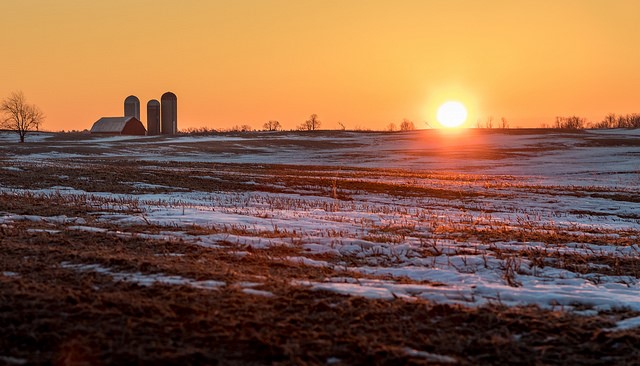 ORLANDO, Fla. — Join NEAFA for a wonderful time at our annual meeting March 3-5, 2019 at Rosen Shingle Creek Resort in Orlando Florida. Convention rates at the resort are good from Tuesday February 26th through Friday March 8th, so show up early and stay late to enjoy all that Orlando has to offer. The annual meeting will also feature a golf tournament on March 5th and an optional farm tour of the region on March 6th that finishes in time for a late afternoon flight home. Speakers at our annual meeting include motivational speaker Chad Hymas, Dr. Alison Van Eenennaam, Dr. Andrew Novakovic, and Sheila Webb Pierson.

The Wall Street Journal calls Chad Hymas “one of the 10 most inspirational people in the world!” Hymas inspires, motivates, and moves audiences, creating an experience that touches hearts for a lifetime. In 2001, at the age of 27, Hymas’ life changed in an instant when a 2,000-pound bale of hay shattered his neck, leaving him a quadriplegic. But his dreams were not paralyzed that day – instead he became an example of what is possible. Hymas is a best-selling author, president of his own communications company, and recognized world-class wheelchair athlete. In 2003, he set a world record by wheeling his chair from Salt Lake City to Las Vegas (513 miles). He also manages a 5100-acre elk preserve with his father, Kelly.

Dr. Alison Van Eenennaam specializes in the field of animal genomics and biotechnology at the University of California, Davis. Her publicly-funded research and outreach program focuses on the use of animal genomics and biotechnology in livestock production systems. Her current research projects include the development of genomic approaches to select for cattle that are less susceptible to disease, the development of genome editing approaches for livestock, and applied uses of DNA-based information on commercial beef cattle operations.

Andrew Novakovic is the E.V. Baker Professor of Agricultural Economics at the Charles H. Dyson School of Applied Economics and Management. His interests and expertise are in understanding the economics of agricultural and food product markets, with a particular focus on dairy foods. This includes the economics of market coordination and pricing, the operation of food processing and marketing firms, and the economic regulation of marketing and pricing activities.

Sheila Webb Pierson is a leadership coach and author, best known for applying the skills learned during her country upbringing on a farm to the solving leadership problems at Fortune 100 companies and more. Pierson discovered that most of the problems or lack of skills in leadership ability center around the same issues year over year.  Leadership is a journey for everyone. Pierson’s approach has been to walk people through that journey with tried and true solutions that she learned from the farm.

With 255 acres on the banks of Shingle Creek, a source of the Everglades, Rosen Shingle Creek is a Spanish Revival style luxury hotel that offers access to the best of Orlando while visitors can enjoy stunning views of the region. The resort is also dedicated to keeping itself accessible for all guests, no matter ability or disability.

The Shingle Creek Golf Course’s greens and fairways follow the creek and is lined with beautiful cypress trees. Designed in partnership with the Arnold Palmer Design Company, the course offers a challenge for even a seasoned golfer. The resort is also dedicated to keeping itself accessible for all guests, no matter ability or disability.