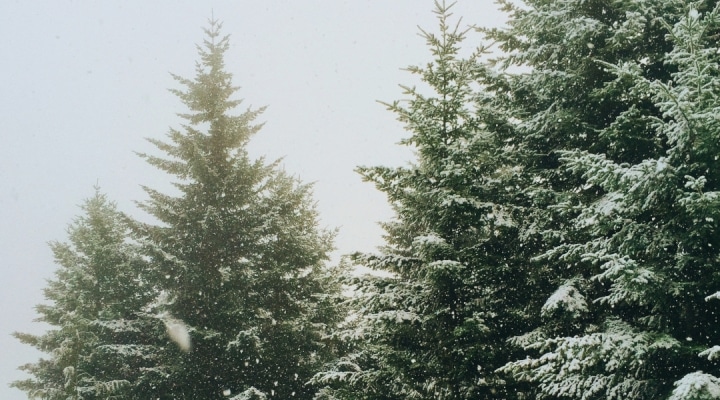 Germplasm for this release began in 1972, exactly 50 years ago, with a single seedling selection originating from a population of Pinus uncinata collected from the Hrubý Jeseník mountain range of Eastern Sudetes in the northern Moravia region near the village of Rejvíz of the Czech Republic. This region consists primarily of native spruce and mountain pine. Seed was acquired in the fall of 1971 from the Mendel University of Agriculture and Forestry (Brno, Czech Republic) and was collected from a single mature tree growing at the Nový Dvůr Arboretum (Oslava, Czech Republic). The original tree was 8 meters (about 26 feet) tall. This accession was designated at NDSU as TS72212.

The evaluated tree has grown for 49 years at the NDSU Dale E. Herman Research Arboretum to a mature height of 8 meters with a 1.8 meter canopy spread. This is a cold hardy selection of Pinus uncinata that has survived without damage in USDA climatic zone 3b at -37 degrees Celsius. This selection is a two-needled pine with forest green needle color and is not considered messy relating to cone shedding as a result of seed cones being fairly small, 30 by  40 millimeters.

Nursery production trials at the Oregon Pride Nursery in the U.S. have shown that grafted plants of Hyland Guard are upright with a soft forest green needle color with no winter burning. Propagation is by side grafting onto upright Pinus mugo seedlings or other compatible pine species.

The center portion of the research farm is a 35-acre plot known as the Dale E. Herman Research Arboretum. Named after NDSU professor emeritus Dale E. Herman, who developed the program for nearly 40 years, the research arboretum is the most extensive collection of woody ornamental plants in North Dakota and the northern Great Plains. It is a valuable resource for teaching, research and educational use.

NDSU woody plant introductions are currently being propagated for sale by commercial wholesale firms in Australia, Canada, England and 35 nurseries in 14 of the United States. This project has introduced 61 superior woody plants for production and sale with increased disease tolerance and winter hardiness for landscapes. The first introduction from the program in 1986 was a flower bud hardy Forsythia hybrid, ‘Meadowlark’, which was a collaborative release with South Dakota State University, Arnold Arboretum of Harvard University and the U.S. Department of Agriculture North Central Regional Plant Introduction Station.

The goals of the NDSU Woody Plant Improvement Program are selection, evaluation and introduction of hardy superior woody plants for the landscape sector.