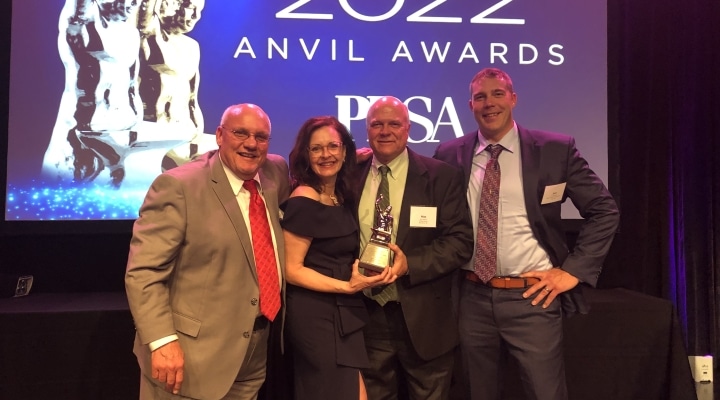 The SCN Coalition was formed to raise awareness of the SCN resistance problem, its impact on yield and the need for more farmers to actively manage SCN, the most damaging pathogen of soybean in North America.

“Even the most conservative estimates show the messaging campaign has likely saved farmers hundreds of millions of dollars annually,” says Sam Markell, NDSU Extension plant pathologist and a leader of the coalition. “The coalition’s SCN recommendations are reaching farmers and the farmers are responding.”

The SCN Coalition combines research knowledge from university scientists across the nation, including NDSU nematologist Guiping Yan, with financial and logistical support from major agrochemical companies and grower checkoff organizations, such as the North Dakota Soybean Council, the North Central Soybean Research Program (NCSRP) and the United Soybean Board. With help from the strategic communications firm MorganMyers and strong relationships with agricultural media, the SCN Coalition bridges cutting edge science with targeted communication.

“A coordinated effort from many committed partners is starting to make a big difference for soybean farmers,” Markell says. “Winning a Silver Anvil Award is a testament to how a public-private partnership and extension awareness campaign can successfully tackle the biggest problems of modern agriculture.”

“The SCN Coalition’s work is an example of NDSU’s land-grant mission in action as we work to develop partnerships that increase value for North Dakotans,” says Greg Lardy, vice president for Agricultural Affairs at NDSU.

SCN causes more than $1.5 billion in yield losses each year in the U.S. First detected in North Dakota in 2003, it has continued to spread throughout the state and is overcoming genetic resistance in much of the U.S. Recommendations and resources developed by the SCN Coalition can be found at www.thescncoalition.com. Additional information from NDSU can be found at www.ndsu.edu/agriculture/extension/publications/soybean-cyst-nematode.