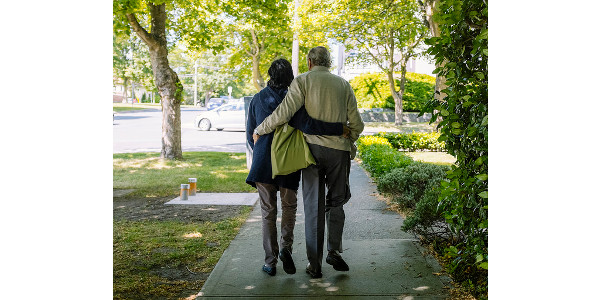 The Aging in Community Project is based on a successful model of community-based care in rural North Dakota called Community of Care. (Hugo Chisolm via Flickr/Unsplash)

The AIC Project is an initiative to improve the quality of life for older adults who wish to stay in their rural homes and communities. NDSU Extension will work with community stakeholders in two rural communities to identify solutions to rural aging issues. The project will be piloted in the Lisbon area and rural Morton County.

The project is based on a successful model of community-based care in rural North Dakota, called Community of Care, that has proven to help older adults live with autonomy and dignity. The Community of Care model will be adapted and/or replicated in the two pilot communities and be evaluated for effectiveness, replicability and sustainability.

A project of this type is greatly needed in North Dakota, according to Jane Strommen, NDSU Extension gerontology specialist.

“North Dakota is faced with unique challenges in caring for and about its older residents,” she says. “Two-thirds of its counties are designated as frontier (less than six residents per mile). A documented shift of the state’s population from rural counties to urban areas has resulted in a higher proportion of older adults in small towns and sparsely populated locations.”

In addition, the state’s budget has been impacted by slumping economies in its major industries: agriculture and oil production. The COVID-19 pandemic also has placed undue burdens on the state’s economy and its people.

“Assuring North Dakota is a good place to live and age well is a complex problem needing an integrated and collaborative solution,” Strommen says.

This initiative is supported in part by a $1.51 million, three-year grant from Margaret A. Cargill Philanthropies.

Fertilizer prices for 2022 crop will be near or above historic highs
October 5, 2021