Weinand, who serves on the NAWG’s Environmental and Renewable Resources Committee,  says the upcoming Farm Bill was the main topic of discussion. “There are six different classes of wheat in the U.S. We need to represent the wheat grown in our state to ensure the Farm Bill takes into account our specific challenges,” he said. “North Dakota has been a top wheat-producing state, and we’re working to keep it that way.”

Mertz, who serves on the NAWG’s Domestic and Trade Policy Committee, says their participation in the meetings benefit all North Dakota producers. “We really advocate for all North Dakota agriculture, not only wheat and barley,” he said. “We work closely with all the other commodity groups to put on a unified front and get the Farm Bill passed.”

Weinand agreed that cooperation among all North Dakota commodity groups is essential. “Congress has already started meetings about the Farm Bill,” he said. “We’ve been working together, so when Congress is ready to start drafting legislation, we’ll be able to voice opinions for a plan that works best for all farmers.” 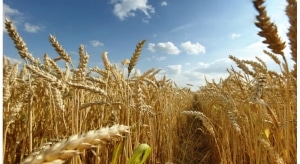 COLUMBUS, Ohio — With wheat prices already hitting a 14-year high this year, more Ohio farmers are now planning to plant more of the grain. The war in Ukraine and its impact on wheat exports is driving wheat to record prices, leading more farmers statewide to consider planting more wheat as a result. That’s according […] 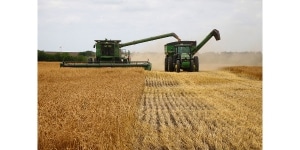 LANSING, Mich. — Registration is now open for the Michigan Wheat Program’s 10th Annual Winter Grower Meeting. The in-person event will be held from 8:15 a.m. to 3:30 p.m. at the Eagle Eye Conference Center, 15500 Chandler Rd., in Bath. This year’s Annual Winter Grower Meeting opens at 8:15 a.m. with registration, a continental breakfast and an […]