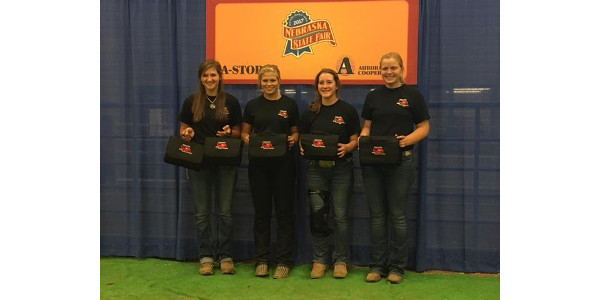 The grandest competition of all took place over Labor Day weekend as 4-H and FFA champions from all over the state participated in the annual Nebraska Elite Showman Competition. (Courtesy of Nebraska Department of Agriculture via Facebook)

“Participating in the Nebraska Elite Showman Competition is a great honor for 4-H and FFA members to demonstrate their showmanship, interview and leadership skills,” said NDA Director Greg Ibach. “I’m pleased that NDA and our partners are able to coordinate and sponsor events like these to recognize the hard work, dedication and passion that young Nebraskans have for agriculture.”

Elite Showmen competitors must be between 14-18 years of age and enrolled in 4-H or FFA. Counties are able to select only one 4-H or FFA member to represent them to compete at the State Fair. Agricultural business and organizations generously contribute to the contest in order for the winners to receive monetary prizes along with their statewide recognition.

“Programs such as the Elite Showman Competition encourage youth in our state to grow and learn about agriculture from judges and other showmen,” Ibach said. “That spirit of competition is important in agriculture as it is in life to make people stronger and drive them to achieve their goals.”

In this year’s Nebraska Elite Showman Competition, 37 counties were represented.

Competitors are scored on beef, swine and sheep showmanship, as well as interview skills and knowledge via a written test. Along with first, second and third place overall winners, winners are selected for each division. The top overall Elite Showman receives $2,000, the second place finisher receives $1,000 and the third place overall winner receives $500. Division winners are awarded $300 each. All other competitors receive a $50 prize.