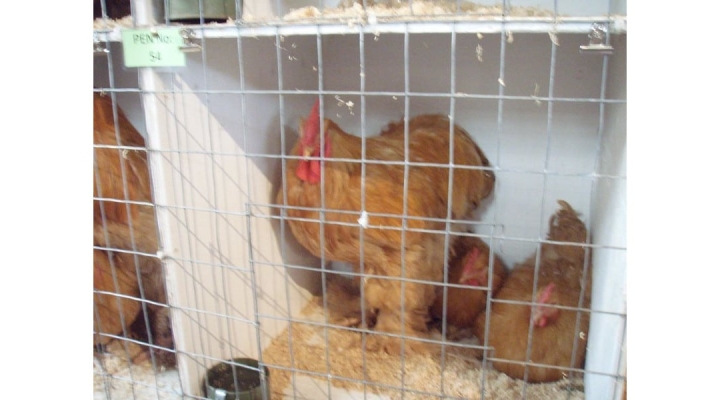 The Nebraska Department of Agriculture has announced that the controlled movement order cancelling all poultry events due to highly pathogenic avian influenza (HPAI) has been allowed to expire. The order was issued on March 26, 2022 and extended on April 27, 2022. (Photo: Katie Hannan, Flickr/Creative Commons)

LINCOLN, Neb. – The Nebraska Department of Agriculture (NDA) announced that the controlled movement order cancelling all poultry events due to highly pathogenic avian influenza (HPAI) that was issued on March 26, 2022, and extended on April 27, 2022, has been allowed to expire.

“While we continue our focus to protect the poultry industry, epidemiological information from the U.S. Department of Agriculture indicates the spread of HPAI in Nebraska has been from wild birds and not from domestic flocks,” said NDA Director Steve Wellman. “It is important for Nebraska to allow our poultry producers and youth exhibitors to get back to a normal routine.”

Sale organizers are required to keep records, including contact information for all buyers and sellers. Exhibition organizers should also keep records, including contact information, for all participants and consider moving shows to a “show-and-go” type of format. NDA has created a guidance document for poultry shows and exhibitions as well as a “biosecurity for poultry events” document with information for poultry owners to consider. These guidance documents can be found at https://nda.nebraska.gov/animal/avian/.

“While NDA will allow poultry events to take place, I strongly advise that poultry producers continue to use extreme caution in attending such events. It is very important that poultry owners who choose to attend these events follow strict biosecurity measures, including isolating new birds for 30 days before introducing them to your flock,” said State Veterinarian Dr. Roger Dudley. “It is also important for poultry owners to continue to be aware of the signs and symptoms of HPAI and to contact NDA at 402-471-2351 immediately if you suspect HPAI in your flock.”

If Nebraska were to experience additional cases of HPAI, a new order may be issued.

For additional information about HPAI and the response efforts in Nebraska, visit: https://nda.nebraska.gov/animal/avian.