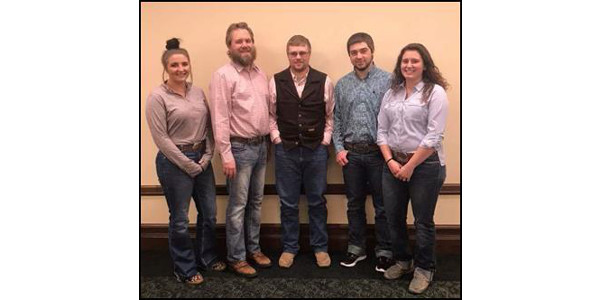 The annual conference was the eighth for Sievers as NCTA faculty sponsor. Camdyn Kavan of Nebraska Farmers Union based in Lincoln led the delegation.

“It is surprising the different cooperative structures that exist even though the coops are within the same sector,” said Riley Abbott, who farms and ranches with his family in Sheridan County. “Growing up in a rural community, you think of the local seed, fertilizer or feed coop but there are many different cooperatives out there.”

The array of cooperatives featured at the 2018 conference included traditional and value-added agricultural cooperatives, housing and worker-owned co-ops, and consumer cooperatives such as REI sports sales.

“The benefits of being part of a cooperative really exist even within the urban parts of the U.S.,” Abbott noted.

The Minneapolis-area tour highlights included REI and two different housing cooperatives, one for college students and the other for the elderly. Students also toured the Mill City Museum, which is a river-front center built into the remains of what was once the world’s largest flour mill.

“We find that the College Conference on Cooperatives has been valuable for exposing our students to various management strategies and business careers, as well as teaching them concepts for their future as agricultural producers and consumers,” Sievers said.

NCTA’s agribusiness program is one of four majors for the open-enrollment, two-year institution. For more information, see ncta.unl.edu or call 1-800-3-CURTIS.