Home / National / NCGA launches Consider Corn Challenge
A new user experience is coming! We'll be asking you to login to your Morning Ag Clips account March 1st to access these new features.
We can't wait to share them with you! Read more here. 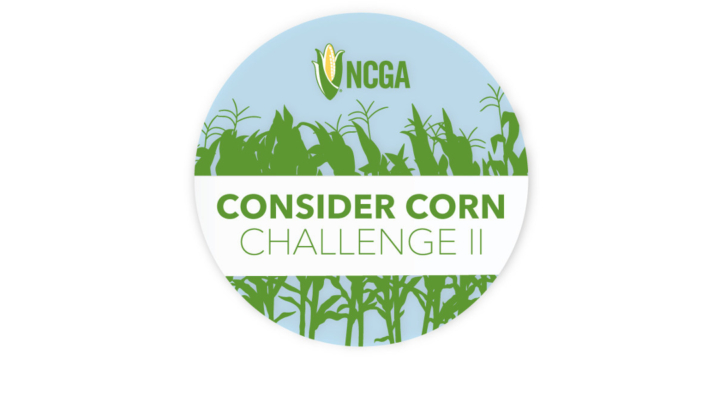 The National Corn Growers Association is looking for new uses of field corn as a feedstock for making sustainable bio-based products. (Courtesy Photo)

ST. LOUIS — The National Corn Growers Association (NCGA) has announced the launch of the second Consider Corn Challenge contest. The goal of this global competition is to find new and innovative uses of field corn. NineSigma is serving as the facilitator of the competition.

In 2017, America’s corn farmers produced 14.6 billion bushels of corn and are on pace to produce the second largest crop ever. One of NCGA’s strategic plan goals is to partner with industry to establish three new uses, for a minimum of 75 million incremental bushels by 2020.

“There are many unexpected uses of corn, and there’s a lot of untapped potential,” said NCGA Feed Food and Industrial Action Team Chair and Nebraska farmer Dan Wesely. “Corn is an economical, abundant and environmentally friendly source which can be converted into a range of high-value uses including plastics, solvents and fibers. Right now, consumers are asking for products that are more environmentally friendly and corn has a role to play in that space.”

Between three to six winners will be selected for a total prize pool of U.S. $150,000. An informational webinar will be held in January and submissions are due March 20th. This year’s winners will be announced in July.

“Finding new uses and increasing corn grind outside of our normal customer base is the primary driver for holding another contest,” said NCGA Market Development Director Sarah McKay. “With another large corn crop being produced by America’s corn farmers, we need to find additional uses for corn, and we know there’s a lot of great work already happening in this space. We want to capitalize on that and help companies get their products to commercialization.”

For more information on the contest go to: https://9sig.co/UseCorn.