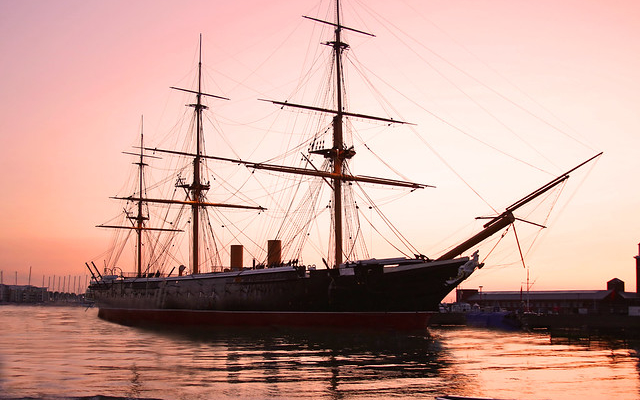 Joint research from NC State Professor Edward Kick and his colleague Adam Driscoll, Assistant Professor  at the University of Wisconsin, La Crosse, determined it was North Carolina’s timber that provided the natural capital, the tall pines and naval stores such as tar, turpentine, and pitch, that were used to build the great warships of the British Empire. (photo by Rennett Stowe, creative commons/flickr.com)

RALEIGH, N.C. — Joint research from NC State Professor Edward Kick and his colleague Adam Driscoll, Assistant Professor  at the University of Wisconsin, La Crosse, determined it was North Carolina’s timber that provided the natural capital, the tall pines and naval stores such as tar, turpentine, and pitch, that were used to build the great warships of the British Empire. They found, in fact, that North Carolina has produced a wealth of exports from the forest since the time it was an English colony up to the present.

Currently the state has almost 20 million acres of timberland, and in recent years it has produced over $900 million a year in wood-related exports, supporting nearly 20,000 jobs, and an annual payroll of $1.7 billion to the citizens of North Carolina.  The softwood yellow pines of central and eastern North Carolina offer southern yellow or Loblolly pines that cover about 5 million acres of land in the state and are used mainly for residential and commercial construction.  Hardwood in the western part of the state is used for furniture frames, pallets and mats.

Over three centuries ago, North Carolina’s primary exports included naval stores such as turpentine, rosin, tar, and pitch, as well as planking for decks, and masts.  These were significant to the colony’s economic well-being, but essential to the expanding empire of Great Britain.

Driscoll and Kick found that as early as the mid-1200s much of the British countryside was extensively cultivated. Some 5.5 to 8.4 million cubic meters of remaining domestic trees were used per annum from the middle 1600s to the early 1720s. Fuel for a rapidly growing population, construction and furnishing materials, and deforested land for agricultural uses effectively denuded England’s forests as she moved into the early 18th century.  Britain turned to trading with the Baltic nations such as Sweden (e.g., Denmark, Finland) for more wood, but their prices were dear and conflicts with the Baltic nations soon compelled Britain to trade for wood with Canada and with considerable enthusiasm the fledgling American colonies in the Northeast and South.  Finished furniture in the Northeast colonies and naval stores and lumber in the Southern colonies were their preferred national capital exchanges.

In circa 1720, hundreds of thousands of naval stores worth 50,000 pounds annually were produced from the Longleaf pine forests along the Cape Fear River Valley.  They were shipped from Wilmington, North Carolina to their destination in London.  A railroad was eventually constructed from south of Raleigh to the Atlantic coast to facilitate interior logging and transportation to English ships carrying these forms of natural capital abroad.  While a number of needs might have been served, import and production statistics show colonial wood filled the British Navy’s needs.

As the English navy grew it was able to use well-known privateers such as Sir Walter Raleigh to pirate Spanish ships traveling with gold and silver from the Americas back to Europe.  The well-equipped British Navy was further instrumental in the conquest of territory after territory around the world, leading to the appellation “the British Empire,” and sayings such as “the sun never sets on the British empire.”  Authorities differ somewhat on how long the Empire was in force, but most suggest that from the onset of the industrial revolution through to World War II, Britain ruled the waves as well as the world.  However, it was the natural capital of wood from North Carolina (and the nearby colonies of Virginia and South Carolina) that made this possible.

Know timber's worth before selling
December 26, 2020