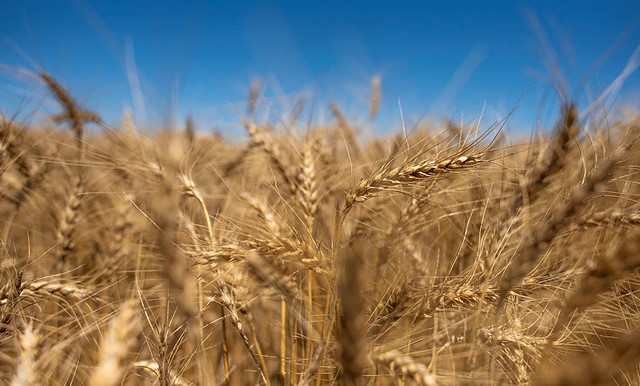 The benefits of the USMCA aren’t limited to only wheat farmers. When NAFTA was implemented, U.S. agricultural exports to Canada and Mexico quadrupled from $8.9 billion in 1993 to $39 billion in 2017, according to the American Farm Bureau Federation. (U.S. Department of Agriculture, Public Domain)

WASHINGTON — Farmers for Free Trade held a rally on Capitol Hill to raise support for the U.S.-Mexico-Canada Agreement (USMCA). Members of Congress, including House Agriculture Committee Chairman Collin Peterson and Ranking Member Mike Conaway, as well as farm leaders attended the event to discuss how USMCA provides growers with improved market access while maintaining the zero-tariff platform. With NAWG being a member of Farmers for Free Trade, President Ben Scholz was slated to provide brief remarks during the rally.

The benefits of the USMCA aren’t limited to only wheat farmers. When NAFTA was implemented, U.S. agricultural exports to Canada and Mexico quadrupled from $8.9 billion in 1993 to $39 billion in 2017, according to the American Farm Bureau Federation. Further, according to independent analysis by the U.S. International Trade Commission, full implementation of the USMCA would increase U.S. agricultural exports to the world by $2.2 billion. Additionally, trade with Canada and Mexico supports 12 million American jobs, and 49 U.S. states count Mexico or Canada as one of their top three merchandise export markets.

“NAWG calls on Congressional leaders and the Administration to find a path forward for USMCA this year,” continued Scholz. “Agriculture desperately needs a win in trade and passing the USMCA will put us in the right direction. Once in place, USMCA will bring jobs and more certainty to rural America and across the United States.”

NAWG is the primary policy representative in Washington D.C. for wheat growers, working to ensure a better future for America’s growers, the industry and the general public. NAWG works with a team of 20 state wheat grower organizations to benefit the wheat industry at the national levels. From their offices in the Wheat Growers Building on Capitol Hill, NAWG’s staff members are in constant contact with state association representatives, NAWG grower leaders, Members of Congress, Congressional staff members, Administration officials and the public.