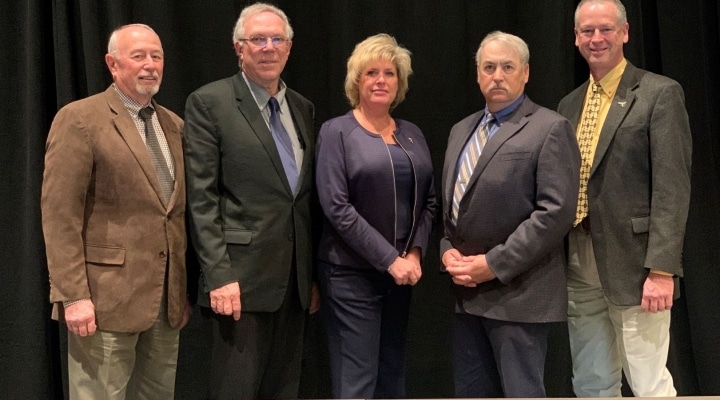 SAN ANTONIO, Texas — The National Association of Wheat Growers and the National Wheat Foundation wrapped up the 2020 Commodity Classic with a new slate of officers.

“Ben’s tenure as President will have a lasting mark on the Association and we appreciate all of the hard work that he did to lead NAWG during the past fiscal year which had a heavy trade agenda,” stated NAWG CEO and NWF Executive Director Chandler Goule. “We are excited for Dave Milligan to take over as NAWG’s next President. Dave is the first wheat farmer from Michigan to be elected to this post.”

Additionally, the National Wheat Foundation will welcome Texas wheat farmer David Cleavinger as its new Chairman. David Cleavinger is a fifth-generation Texas farmer/rancher operating his 3,500-acre irrigated family farm and ranch in Wildorado, Texas. The Foundation also nominated Gary Broyles from Rapelje, MT to its Board.

“NWF also appreciates Idaho wheat farmer Wayne Hurst’s time as Board Chairman, and congratulates David Cleavinger on his new role as Chairman,” continued Goule. “We also welcome Montana wheat grower Gary Broyles to the Board, and know that he will be a great addition and help the Foundation grow.”

For more information, visit the National Association of Wheat Growers and the National Wheat Foundation’s site.

Making the Most of Social Media workshop