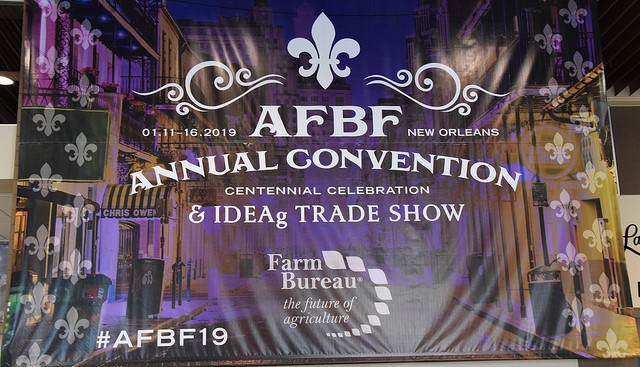 NEW ORLEANS — U.S. farmers and ranchers discussed the current state of regulations governing the farm labor market and efforts to navigate it, at a workshop during the American Farm Bureau Federation’s 100th Annual Convention. The H-2A visa program has experienced massive growth over the past decade, with the number of visas being issued to temporary workers rising 500 percent. Still, demand is surpassing the supply, and navigating the system is a challenge.

Leon Sequeira, a private attorney with LRS Law, discussed how efforts to overhaul the current system received a major blow when Congress failed to pass H.R.4092 (Agricultural Guestworker Act or the AG Act) in 2018. The bill addressed many of the concerns farmers have with the current system. It would have implemented multi-year visas, a broader definition of what industries are eligible and streamlined the application process. Unfortunately, the bill got caught up in the unresolved battle to fix the Deferred Action for Childhood Arrivals and was never brought to the floor as a standalone bill.

Other opportunities to ease the burden that current laws place on farmers have also fallen short. A Department of Labor proposal to “streamline” the system was due in December 2018 but has not materialized. The other major change in 2018 was an Agriculture Department proposal to change the advertisement requirement for the program from newspapers to the internet.

Sequeira offered little hope for headway on the issue in 2019. The new makeup of Congress, the start of the 2020 campaign season and an understaffed DOL make progress on the issue unlikely. One of the biggest obstacles to changing the system is a divide among the users of the current H-2A program on how to address the labor shortage.

“There is a debate on whether to legalize the current group of agriculture laborers, who lack documented status, or to bring in more workers with a streamlined visa program,” said Sequeira. “It is a battle between the West Coast, where that pool of undocumented workers is large, and the rest of the nation where it is lacking.”

Great Lakes Ag Labor Services LLC was founded in 2015 to aid Michigan farmers in utilizing the H-2A program. It is a revenue-neutral business that helps its users with the bureaucratic and regulatory portions of the program. Its services include a pre-approved management review, aid with paperwork and processing, educational meetings, recruitment and transportation, domestic recruitment and worker reimbursement and training.

“The program has let our farmers take on new contracts and plant more because they no longer have to worry about whether they will have the workers necessary at harvest,” said Boehm.

The program has been a success within the state and Boehm encourages other state Farm Bureaus who wish to implement something similar for their members to reach out.