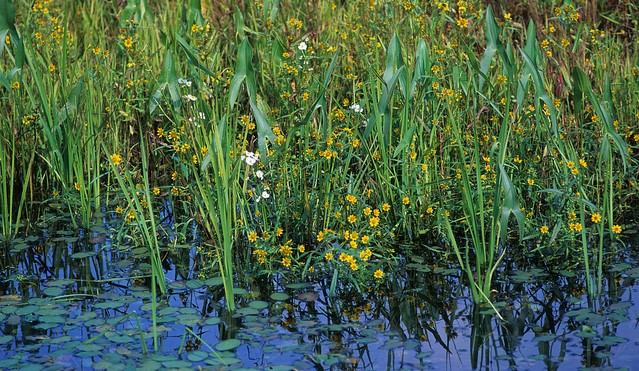 The latest rule change proposes to protect wetlands only if they have a “continuous surface connection" to navigable waterways and protect streams only if they are “relatively permanent.” The revision would affect an estimated 18 percent of streams and 51 percent of wetlands currently under federal protection. (Stock image via Wisconsin Department of Natural Resources, Flickr/Creative Commons)

DURHAM, N.H. — The Environmental Protection Agency (EPA) and Army Corps of Engineers recently announced a proposed change to the Clean Water Act that would reduce the types of waters currently protected. Bill McDowell, professor of environmental science at UNH, NH Agricultural Experiment Station researcher and fellow of the American Association for the Advancement of Science, helps us understand what this could mean for the country’s waters.

The 1972 Clean Water Act, which codified a national commitment to restore and maintain the chemical, physical and biological integrity of the “waters of the United States” or WOTUS, established protections for major navigable rivers, lakes and connected waterways. The legislation left it up to the EPA and Army Corps of Engineers to decide on a case-by-case basis whether the wider network of streams, wetlands and tributaries qualified for protection.

In 2015, the Obama Administration amended the act to formally extend protections to those smaller bodies of water, including ephemeral streams that are dry for part of the year but flow during periods of rain or snowmelt.

The latest rule change proposes to protect wetlands only if they have a “continuous surface connection” to navigable waterways and protect streams only if they are “relatively permanent.” The revision would affect an estimated 18 percent of streams and 51 percent of wetlands currently under federal protection.

The proposal has pitted groups who claim the current regulations limit economic growth and are overly broad against environmentalists and scientists who argue the rollback ignores basic hydrologic science and will inevitably lead to pollution increases and contaminated water.

“The United States Geological Survey (USGS) published a very influential publication, which described the undeniable link between surface waters and ground waters,” says McDowell, “The key is understanding how water moves through the landscape. Ephemeral surface waters and groundwaters and small streams and big rivers are all connected like the circulatory system in your body. To say that we think of the arteries, veins and capillaries differently is foolish — obviously they are connected because we know blood moves throughout them all. It’s the same way the water moves from the tiniest headwaters down to the streams and rivers and ultimately to the ocean.”

Under the new rule, states can still enact regulations to compensate for the absence of federal oversight. New Hampshire, for instance, currently oversees all wetlands permitting in the state, and the permitting process will not change under the new rule. Wetlands make up about 5 to 10 percent of the state’s land area.

“The science shows that water doesn’t follow state boundaries,” he says. “So if protections are scaled back considerably at the federal level and we leave it up to the states, we know some states will allow anything to the detriment of the downstream receivers. A low level of protection in one state will almost certainly have a downstream effect that extends beyond its borders.”

The bottom line, says McDowell, is if the federal government is serious about protecting the integrity and health of the country’s waters, the act must include a broad range of waters.

“Even the smallest headwaters and ephemeral streams can carry significant pollution downstream, eventually impacting waters where people fish and source drinking water,” he says. “Ignoring this fact simply flies in the face of well-established science.”

The EPA and Army Corps of Engineers will take comment on the proposal for 60 days after publication in the Federal Register.

Once the public comment period opens, the public is encouraged to submit written comments, identified by Docket ID No. EPA-HQ-OW-2018-0149, to the Federal eRulemaking Portal. General guidance on making effective comments is available at EPA’s Commenting on EPA Dockets. More information is available on the EPA website.