Home / California / Nat’l Cattlemen’s Beef Association elects new president
A new user experience is coming! We'll be asking you to login to your Morning Ag Clips account March 1st to access these new features.
We can't wait to share them with you! Read more here. 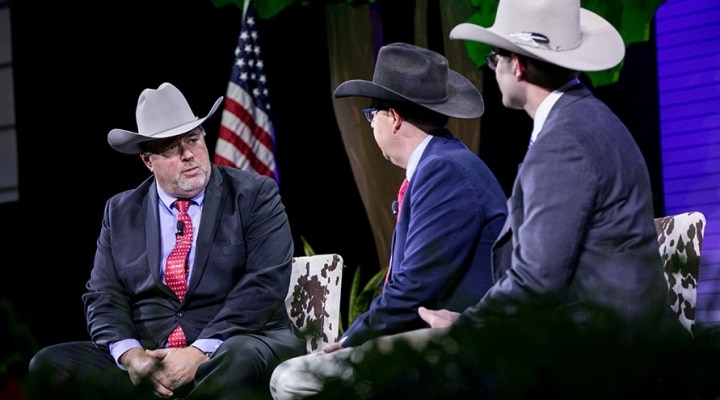 “It’s a tremendous honor to lead the oldest and largest national organization representing America’s cattle producers,” said Marty Smith. “We have a great product with a great story, and I’m looking forward to helping tell that story without apology during the year ahead as President of NCBA.” (Courtesy Photo)

Smith operates Smith Brothers-Wacahoota, LLC, a cow-calf operation in Central Florida, that has been in continuous operation since 1852. It retains ownership through feedlots in Texas, Kansas and Iowa.

Smith graduated from the University of Georgia with a BSA in Agricultural Economics and Animal Science. While at UGA, he was on the livestock judging team and served as president of Ag Hill Council. He was also active in Alpha Gamma Rho and AGHON, the highest honor a UGA student of agriculture, forestry, veterinary medicine or engineering can attain. He graduated from the University of Florida College of Law and was admitted to the Florida Bar in 1984.

“It’s a tremendous honor to lead the oldest and largest national organization representing America’s cattle producers,” Smith said. “We have a great product with a great story, and I’m looking forward to helping tell that story without apology during the year ahead as President of NCBA.”

NCBA’s Board of Directors meeting and the selection of a new slate of officers capped a huge week in San Antonio, where more than 8,000 people met for the annual Cattle Industry Convention and NCBA Trade Show. Convention attendees heard from speakers like U.S. Secretary of Agriculture Sonny Perdue, who also greeted visitors on the seven-acre Trade Show floor on Wednesday afternoon. Participants also received updates about how their beef checkoff dollars are being used to promote beef consumption, set public policy priorities for the coming year, and honored Blackbeard’s Ranch in Myakka, Fla., as the winner of the 2019 Environmental Stewardship Award Program (ESAP). The Convention ended on Friday night with the 2020 NCBA Professional Bull Riding (PBR) Invitational competition at the Alamodome.

“I want to thank everyone who took time away from their operations to join us in San Antonio this week,” Smith said. “I know that getting involved in promoting our industry or pushing for better public policy is often a sacrifice, but our grassroots members of NCBA are always willing to do what it takes to get the job done. I hope to see everybody at next year’s convention in Nashville!”

Holstein Judges Conference to be held in CA