Home / National / Nationwide holds annual grain bin safety contest
A new user experience is coming! We'll be asking you to login to your Morning Ag Clips account March 1st to access these new features.
We can't wait to share them with you! Read more here. 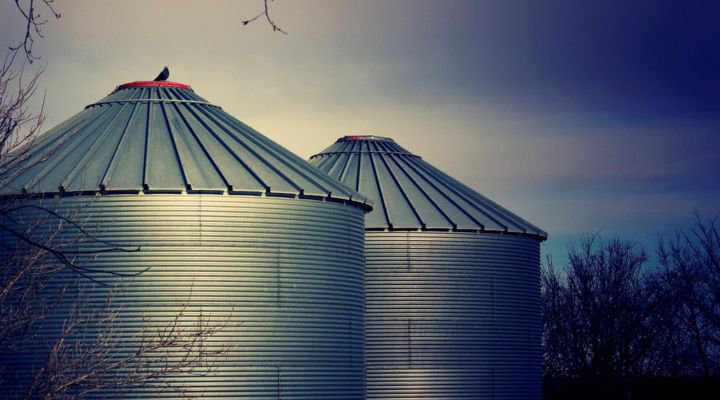 DES MOINES, Iowa — The risk farmers face when they enter large grain bins cannot be overstated. Within seconds, flowing grain can bury a worker who enters the bin to remove clumped or rotting grain while machinery is still running.

To help reduce and prevent these all-too-common accidents, Nationwide has launched its sixth annual Nominate Your Fire Department Contest in recognition of Grain Bin Safety Week. The goal is to prevent injuries by promoting safe bin-entry procedures, such as maintaining quality grain, testing bin atmosphere for toxic gases and wearing proper safety equipment.

“The work that farmers do can often be dangerous,” said Brad Liggett, president of Nationwide Agribusiness, the No. 1 farm insurer. “Along with our partners in Grain Bin Safety Week, we’re dedicated to helping first responders save lives on farms across the country. That’s why we will continue to make the rescue tubes and training available as long as these dangers exist.”

Since 2014, Nationwide has awarded grain bin rescue tubes and training to 77 fire departments in 24 states. Nominations for this year’s Nominate Your Fire Department Contest are open until April 30.

According to researchers at Purdue University, more than 900 cases of grain engulfment have been reported with a fatality rate of 62 percent in the past 50 years. In 2010, at least 26 U.S. workers were killed in grain engulfment accidents − the highest number on record.

To help prevent further deaths and injuries, Nationwide collaborates each year with the National Education Center for Agricultural Safety (NECAS) to provide safety training. The director of NECAS travels to training locations with a state-of-the-art grain entrapment simulator and rescue tube. The comprehensive training sessions include classroom education and a rescue simulation with the entrapment tool, which is loaded onto a 20-foot trailer and able to hold about 100 bushels of grain.

Grain Bin Safety Week and the Nominate Your Fire Department Contents are supported by Nationwide and the following partners:

About Nationwide
Nationwide, a Fortune 100 company based in Columbus, Ohio, is one of the largest and strongest diversified insurance and financial services organizations in the United States. Nationwide is rated A+ by both A.M. Best and Standard & Poors. An industry leader in driving customer-focused innovation, Nationwide provides a full range of insurance and financial services products including auto, business, homeowners, farm and life insurance; public and private sector retirement plans, annuities and mutual funds; excess & surplus, specialty and surety; pet, motorcycle and boat insurance. For more information, visit www.nationwide.com. Follow us on Facebook and Twitter.

Nationwide, Nationwide is on your side and the Nationwide N and Eagle are service marks of Nationwide Mutual Insurance Company. ©2019.