Home / Iowa / National USDA Multistate Excellence in Research Award recognizes Iowa State soil scientist
A new user experience is coming! We'll be asking you to login to your Morning Ag Clips account March 1st to access these new features.
We can't wait to share them with you! Read more here. 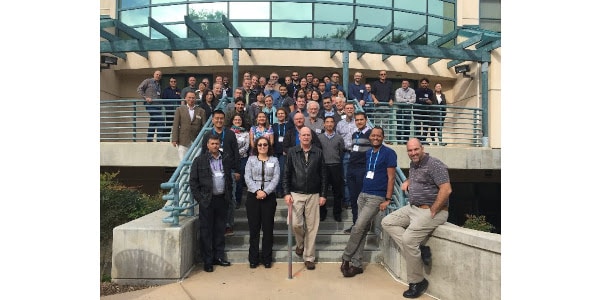 Multistate Project 4188 group gathered for a recent annual meeting. Iowa State Agronomy Professor Robert Horton is pictured behind the railing in the back row, right (between two tall colleagues).

AMES, Iowa — Robert Horton, who holds the Charles F. Curtiss Distinguished Professorship in Agriculture and Life Sciences in agronomy at Iowa State University, is one of the senior scientists recognized by USDA with its national Multistate Research Excellence Award for 2021 for his part in the long-running project, “Soil, Water and Environmental Physics to Sustain Ag and Natural Resources.”

The multistate project, better known among researchers as W4188, is an initiative whose representatives come from more than 24 research institutions across the country. They collaborate to better understand how heat, water, energy and nutrients move through and interact with soil.

“Multistate USDA projects typically last around five years, but in this unique case, we keep building on a project that has been updated and renewed for about 60 years,” said Horton, who has served on the team for most of his 40 years at Iowa State. “Five of my former Iowa State doctoral students and a former post-doc are also part of the project.”

Since its inception, the team has made significant basic and applied scientific advances and helped state and federal agencies develop best management practices and policies to tackle problems important to farming, construction and many other land uses.

Horton’s contributions to the national team have primarily focused on understanding and modeling how heat and water move in soils and how that impacts soil function.

“The thermal properties of soil affect many important soil attributes, including evapotranspiration, infiltration, water storage for plant use, drainage and how chemicals move in soils,” Horton said. “We’ve been studying soils for a long time, but this is an area where we are still learning.”

Through his years on the project, he developed a comprehensive mathematical theory to describe coupled processes of heat, water and chemical movement through soils. Experiments to test the theory led him, with the help of graduate students and post-docs, to develop a “thermo-time domain reflectometry technique” and instrument, the Thermo-TDR sensor, to more accurately and conveniently monitor dynamic properties of soil in the field. 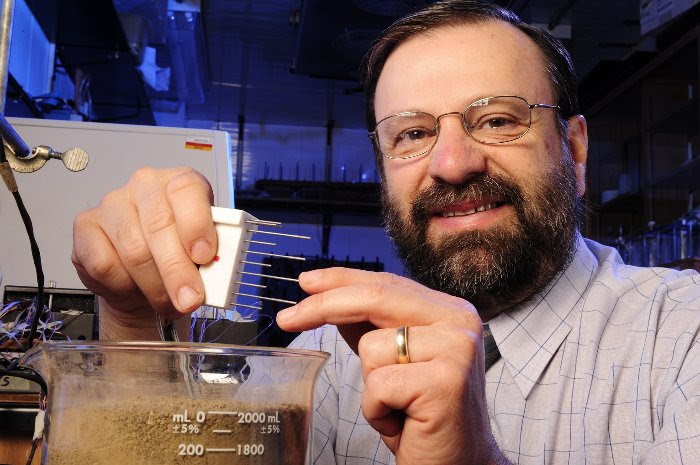 The Thermo-TDR sensor was initially used to measure water content and soil temperature. “Over time, we’ve learned we can garner much more information from the sensor, such as heat energy moving in and out of soil and how much ice is forming or melting in soil, something I don’t believe any other sensor can do,” Horton said. “It can also measure bulk density to help gauge soil compaction and how that changes and impacts other soil conditions over time.”

The Thermo-TDR tool is primarily being used now by researchers for field measurements. The data it provides are also being used to improve modeling that forecasts how soil conditions change over time in response to changes in weather and climate.

Horton, who has a passion for mentoring graduate students, credits his former students and post-docs for important contributions in developing the Thermo-TDR tools. He is currently collaborating with one of them, Joshua Heitman (’07 PhD soil science and environmental science), now on the faculty of North Carolina State University and also a member of the multistate project, to extend the sensor’s use for measuring electrical conductivity in soils and using that information to estimate water retention in tilled and untilled soils.

Horton’s work at Iowa State has been supported primarily by the National Science Foundation. The Multistate Soil, Water, and Environmental Physics to Sustain Agriculture and Natural Resources Project has been funded in part by the Hatch Multistate Research Fund through USDA’s National Institute for Food and Agriculture and other federal, state and local sources.