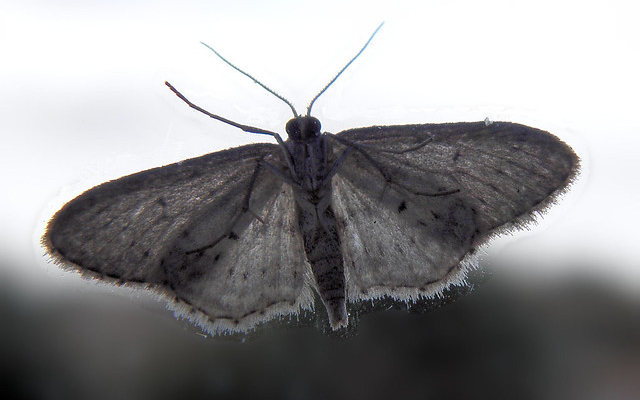 Of 581 individuals and organizations hosting one or more events, 320 were private, while 261 registrants hosted public events at parks, museums, schools and other venues around the world. The United States led with 356 registered events, while India had 91. NMW events were held for the first time in Benin, Denmark, Guatemala and Syria.

Since it was founded in 2012, National Moth Week has been celebrated in 91 countries on every continent except Antarctica. Previous high totals were set in 2014, with 467 registrations and 43 countries participating.

“With the growing number of events and participants around the world, it’s clear that National Moth Week is having an impact and increasing appreciation of moths among people who might not have seen them in a positive light previously,” said David Moskowitz, one of project’s co-founders, who holds a Ph.D. in entomology. “This is a project that draws people of all ages and abilities, whose photos and observations contribute to our knowledge of moths in their diverse habitats around the globe.”

Co-founder Liti Haramaty noted that NMW is now growing organically as more individuals and organizations interested in the environment become aware of it, but may not know about registering their events at nationalmothweek.org.

“We encourage everyone who plans to watch and document moths during National Moth Week to register their events, even if just turning on their porch light and observing what they see,” said Haramaty. “Registered public events are posted on our world map for the public to see, and also enable us to know where moths are being observed and documented.”

Registered participants receive a certificate of participation designed by NMW artist and team member Belen Mena of Ecuador and signed by all team members.

National Moth Week was founded in 2012 by the Friends of the East Brunswick (N.J.) Environmental Commission, a nonprofit organization dedicated to environmental education and conservation. It is now one of the most widespread citizen science projects in the world. It is coordinated by an all-volunteer team in New Jersey, New York, Tennessee, Washington State, Ecuador, India and Hong Kong. Registration is free on the NMW website, though some venues may charge admission to their events.

National Moth Week takes place annually during the last week and two complete weekends of July. Next year’s observance will be July 18-26, 2020. Registration will start again in January.

Selling Rutgers Plant Varieties? How to Get Your Business on the “Where to Buy” List
April 1, 2020

Selling Rutgers Plant Varieties? How to Get Your Business on the “Where to Buy” List
April 1, 2020