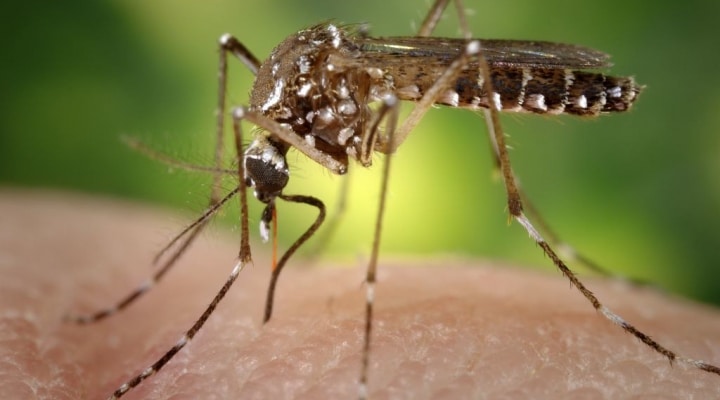 The American Mosquito Control Association has June 20-26 as National Mosquito Control Awareness Week, and with summer and the first tropical storm of the season arriving simultaneously this year, we're getting warm, wet weather at a time when more folks are spending time outside. (photo by Sanofi Pasteur, creative commons/flickr.com)

ATHENS, Ga. — The American Mosquito Control Association has June 20-26 as National Mosquito Control Awareness Week, and with summer and the first tropical storm of the season arriving simultaneously this year, we’re getting warm, wet weather at a time when more folks are spending time outside. This combination is sure to signal a rise in mosquito interactions, making it a perfect time to think about mosquito control around your home and community.

While most people are familiar with the flying adult stage of mosquitoes, understanding the larval stage is crucial for successful control. Mosquitoes are united by the need for standing water in order to develop from egg to pupa. The absence of water does not mean a total absence of mosquitoes, as deposited eggs can remain dormant for a period of months — and up to years — waiting for the proper conditions. However, the necessity of water for mosquito development makes identifying water sources one of the key components of integrated mosquito management (IMM).

IMM is a five-step process, distilled from established integrated pest management practices, to help you safely and effectively manage mosquitoes:

1. Education: It is important for clients and stakeholders to understand the basics of mosquito biology to make informed decisions. Historically, large-scale pesticide applications were common in communities, but their impact on ecosystems was so severe it led to a total paradigm shift in mosquito management. Thankfully DDT is no longer used, but some of the same concerns about the negative impacts of pesticides on native insect populations persist today, even with modern ultra-low volume (ULV) applications.

2. Surveillance: This step may be used interchangeably with scouting. As with other pest scouting methods, there are various practices, from active sweep netting to passive traps, that may be deployed in field sites. The goal remains the same — sample populations to identify the relative abundance of important species and disease vectors so that you can make good management decisions.

3. Source reduction: This step is linked to the need to identify and, whenever practical, remove resources that allow mosquito populations to persist. The most well-known of these are so-called “tip and toss” programs. As the name suggests, this entails a concerted effort to empty any and all vessels containing standing water as regularly as possible during the warmer months. Such vessels typically include items such as flower pots, children’s toys, tires, buckets and tarps. Another potential source that may be worth assessing are large stands of ground cover, especially English ivy. Ivy patches are a favorite daytime resting place of adult mosquitoes and removal may greatly aid control efforts.

4 and 5. Larviciding and adulticiding: These steps encompass using insecticides for the respective mosquito life stages. Because of the concerns for pollinators and beekeepers, larviciding should be used in conjunction with any adulticiding program to mitigate the potential for non-target effects on other insects. Larviciding is typically done with so-called “dunks” placed into the water where larvae or pupae are present. These typically include ingredients such as methoprene, or biological control agents such as Bacillus thuringiensis (Bt) and spinosad. As with any insecticide application, it is important to ensure that the chosen chemical is labeled for the pest you are trying to control.

Adulticiding efforts are carried out by licensed pesticide applicators due to the necessity for specialized equipment and restricted-use chemicals. The improper use of adulticides can have a dramatic effect on native insect populations. Because adulticides act by contact, they will not discriminate between species. Adulticide applications are best done later in the day to minimize impacts on day-flying insects, especially pollinators.

As the saying goes, an ounce of prevention is worth a pound of cure. To prevent bites, it is best to wear light-colored and loose-fitting clothing. Additionally, mosquitoes cannot fly faster than about 3 miles per hour, so a simple box fan may be enough to discourage feeding. DEET is typically the gold standard for repellents, but those with sensitive skin or nasal passages might consider lemon eucalyptus oil or products containing picaridin.

For more information on mosquitoes be sure to reach out to your local University of Georgia Cooperative Extension agent or consult UGA Extension Circulars 1154, 1155 and 1188, which are all about mosquito biology, behavior and management — and protecting pollinators in the process.