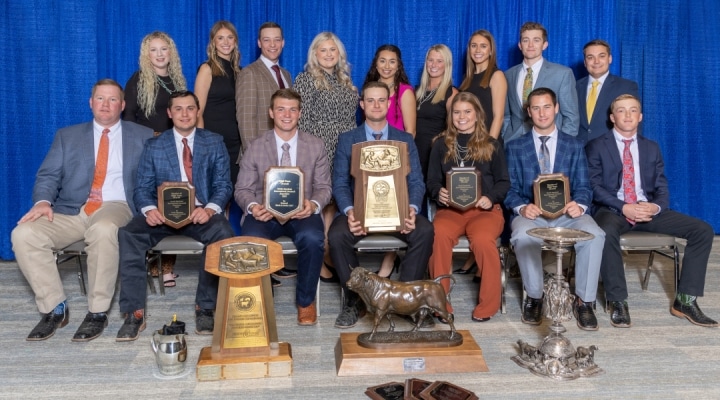 Texas A&M, coached by Caleb Boardman and Landon Eldridge was also the high team in sheep and goats, swine, and had four individuals in the top ten overall.

Western Illinois University was the third-high team overall, followed by Kansas state University in fourth and Texas Tech in fifth.

Caleb Boden from Western Illinois University was the high individual overall with a score of 951. Caleb was also the third high individual in swine, seventh in cattle, and third in oral reasons.

The high individual overall in the contest received the Robert Hall Challenge Trophy, given by the 2019 Saddle and Sirloin Portrait honoree.