Home / Illinois / Nanosatellites and corn nitrogen stress
A new user experience is coming! We'll be asking you to login to your Morning Ag Clips account March 1st to access these new features.
We can't wait to share them with you! Read more here. 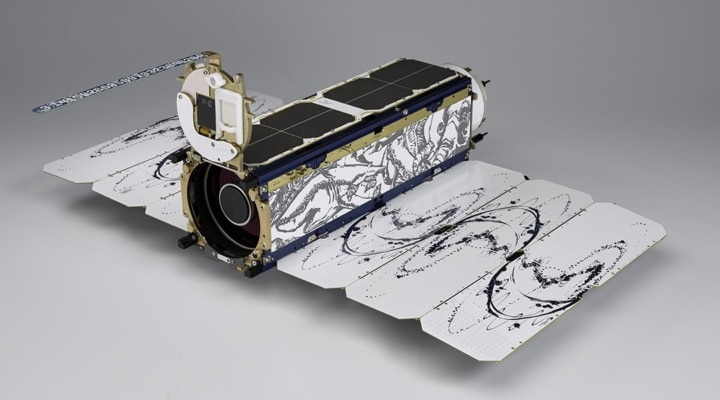 Scientists at the University of Illinois have shown that nanosatellites known as CubeSats can detect nitrogen stress early in the season, potentially giving farmers a chance to plan in-season nitrogen fertilizer applications and alleviate nutrient stress for crops. Pictured is a Dove satellite, a CubeSat model from Planet Labs Inc. (Planet Labs Inc.)

URBANA, Ill. — For corn growers, the decision of when and how much nitrogen fertilizer to apply is a perennial challenge. Scientists at the University of Illinois have shown that nanosatellites known as CubeSats can detect nitrogen stress early in the season, potentially giving farmers a chance to plan in-season nitrogen fertilizer applications and alleviate nutrient stress for crops

“Using this technology, we can possibly see the nitrogen stress early on, before tasseling. That means farmers won’t need to wait until the end of the season to see the impact of their nitrogen application decisions,” says Kaiyu Guan, assistant professor in the Department of Natural Resources and Environmental Sciences at the University of Illinois, and Blue Waters professor at the National Center for Supercomputing Applications. He is also principal investigator on a new study published in IEEE Journal of Selected Topics in Applied Earth Observations and Remote Sensing.

Being able to detect and address changes in crop nutrient status in real time is vitally important to avoid damage at critical periods and optimize yield. In general, existing satellite technology cannot achieve both high spatial resolution and high revisiting frequency (how often a given satellite comes back to the same spot above the Earth). Alternatively, drones can detect nutrient status in real time, but they usually can only cover local areas; thus, their utility is limited in scale.

CubeSats bridge the gap between existing satellite technology and drones. With more than 100 of the relatively tiny satellites currently in orbit, Guan says, “CubeSats from Planet get down to a 3-meter resolution and revisit the same location every few days. So, right now we can monitor crop nitrogen status in real time for a much broader area than drones.”

Guan and his collaborators tested the capabilities of both drones and CubeSats to detect changes in corn chlorophyll content, a proxy for the plant’s nitrogen status. The researchers focused on an experimental field in Central Illinois during the 2017 field season. Corn in the field was nitrogen-stressed to varying degrees due to multiple nitrogen application rates and timings, including all nitrogen applied at planting, and split applications at several developmental stages.

The analyzed field was one of several in a larger study looking at nitrogen rates and timing, set up by Emerson Nafziger, professor emeritus in the Department of Crop Sciences at Illinois and co-author on the study.

“The idea was to see how much effect timing and form of nitrogen fertilizer would have on yield. This study allows an evaluation of how well the imaging could capture yield responses to nitrogen applied at different rates and times,” Nafziger says.

The scientists compared images from drones and CubeSats, and their signals matched well with tissue nitrogen measurements taken from leaves in the field on a weekly basis. Both technologies were able to detect changes in chlorophyll contents with a similar degree of accuracy and at the same point in the season.

“This information generates timely and actionable insights related to nitrogen stress, and so could provide guidance for additional nitrogen application where it’s needed,” Guan says.

The implications go beyond optimizing yield.

“The low cost of nitrogen fertilizer and high corn yield potential motivates farmers to apply extra nitrogen as ‘insurance’ against nitrogen deficiency that lowers yield. But applying more nitrogen than the crop requires is both a financial and environmental risk,” says Yaping Cai, graduate student in Guan’s research group and lead student author on the paper.

The article, “Detecting in-season crop nitrogen stress of corn for field trials using UAV- and CubeSat-based multispectral sensing,” is published in IEEE Journal of Selected Topics in Applied Earth Observations and Remote Sensing [DOI: 10.1109/JSTARS.2019.2953489]. This research was supported by NASA and the Illinois Nutrient Research and Education Council.

For more articles out on corn production, click here.