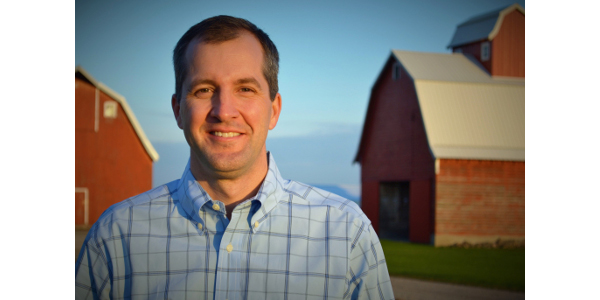 "Unfortunately, we saw a series of storms move across the state over the past week that have flooded fields and caused significant damage. Hopefully, the weather this week will allow the state to dry out so farmers can get into their fields to evaluate conditions and view any damage," Naig said. (Courtesy of Iowa Department of Agriculture)

“Unfortunately, we saw a series of storms move across the state over the past week that have flooded fields and caused significant damage. Hopefully, the weather this week will allow the state to dry out so farmers can get into their fields to evaluate conditions and view any damage,” Naig said.

Strong storms brought damaging winds and heavy precipitation to much of Iowa resulting in just 3.2 days suitable for fieldwork during the week ending July 1, 2018, according to the USDA, National Agricultural Statistics Service. Activities for the week included, assessing crop damage and harvesting hay when the weather permitted. Wind and intermittent showers prohibited spraying activity to a large degree.

The week began as a continuation of the previous week’s active convective pattern across much of Iowa. A low pressure system over Nebraska streamed moisture and instability into the region, leading to widespread thunderstorms over the western two-thirds of the state on Monday (25th). Flash flood warnings were still active in northwest Iowa from the weekend. In the early evening, Delphos (Ringgold County) reported a rain-wrapped tornado lofting debris into the air; this thunderstorm moved northward into central Iowa. However, no damage occurred. Many stations in central Iowa reported rainfalls of up to 2.5 inches from a slow moving line on Tuesday (26th), as Iowa’s eastern third saw spotty thunderstorms. Waterloo reported 1.87 inches of rain. Temperatures were cooler than normal, with average highs departing by three to six degrees east to west through the 27th. Audubon recorded a high temperature 12 degrees below normal, at 71 degrees. A cluster of severe storms rapidly moved through the state on Thursday (28th) from Harrison County to Lee County, leaving behind over 40 reports of severe straight-line winds and hail. Heat returned to the state late in the week through the weekend, with highs in the mid-90s Friday and Saturday across a large portion of Iowa. Heat indices reach the triple digits across Iowa’s southern half. Logan, in Harrison County, observed the week’s high temperature at 98 degrees on Friday (29th). Thunderstorms, many with severe wind and hail reports, returned on Saturday (30th) as a cold front moved across the state. Ankeny, in Polk County, reported 10 inches, as torrential rainfall covered much of the Des Moines metro area. Sunday was the nicest day of the week. Temperatures moderated into the low to mid 80s in the northwest to low 90s in the southeast, with ample sunshine.